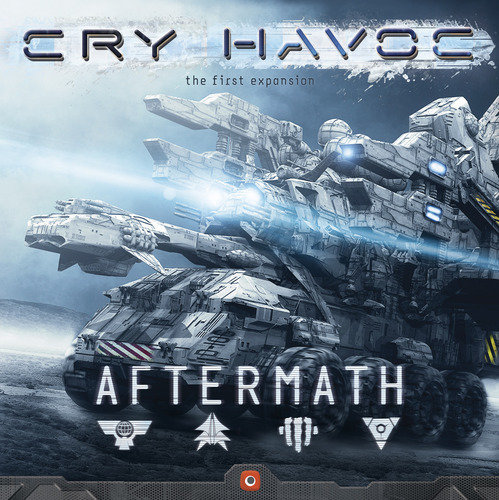 The war has raged for far too long. Four armies converged, fighting for the precious crystals, and none has given up any ground. Fighting has made extraction difficult. The planet continues to provide valuable resources, and so, the forces remain, battling for control. With no sing of ending the struggle, all four factions have developed new tactics and technology to further their advantage.

Your army never was more powerful, more determined and closer to ultimate victory. These new Faction Structures include units transporting Choppa (which allows you to Get to da choppa!) for the Human Army, prisoner exploiting Psycho-Chamber (which will let you get psyched) for the Machine Army, crystals turbo harvesting Turbo Harvester for Pilgrim Army and movement slowing Swamp Fields for Trog Army.

Four great leaders for your armies, such as Human Col. E Rose, Machine Omega Brain T-14, Pilgrim Mystic or Trog Ashlas Chief who will not only increase number of your tactical options, but will prove quite useful at managing your skills and structures.

Cry Havoc is a card-driven, asymmetric, area control war game set in a brutal, science fiction setting. Each player commands one of four unique factions with varying abilities and units. The game includes 54 custom miniatures, a large format board, and over one hundred unique cards, all with stunning new artwork.

Requires the base game in order to play this expansion.