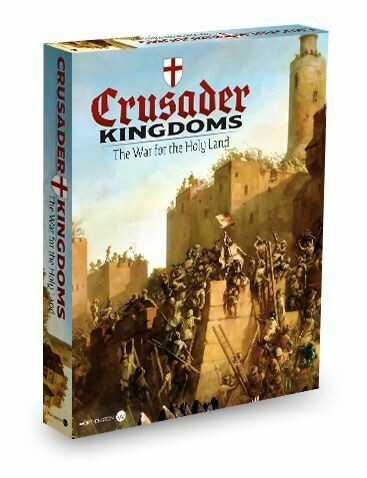 Crusader Kingdoms: The War for the Holy Land

Crusader Kingdoms is a game for 1-4 players set in the era of the Crusades, where each player controls one of Outremer’s main Christian or Muslim kingdoms, with the goal of expanding it through intrigue and conquest.

Designed by Jesús Peralta, there are four different games between the 1st, 2nd, and 3rd Crusades. The game allows cooperative, competitive, and solitaire game play.

With easy to understand rules, you'll be up and playing within 20 minutes of opening the box.No two games will play the same since certain cards that appear change from game to game.With multiple Crusades and Saladin's campaign, the game has immense replayability.