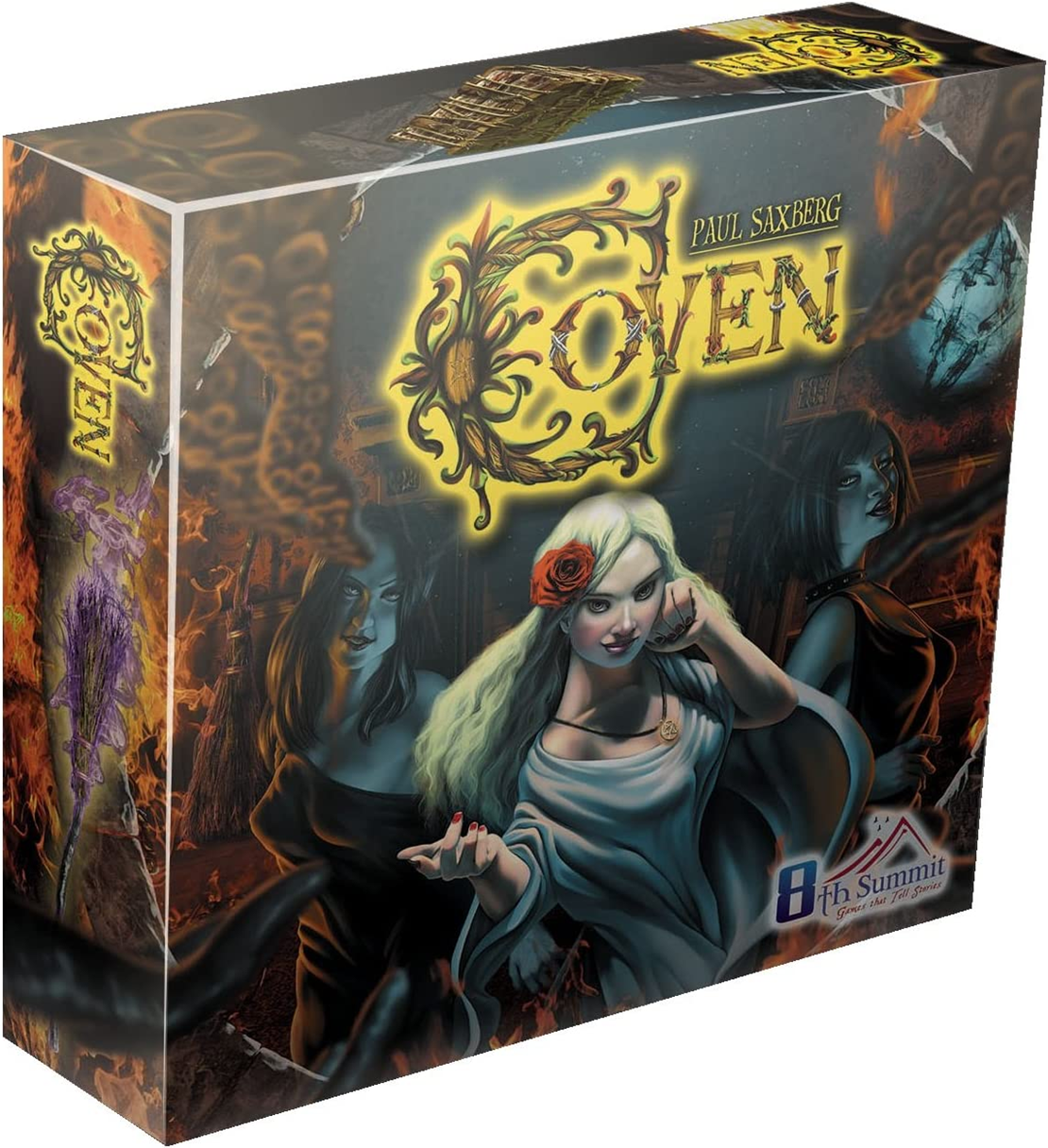 Solstice approaches. A swirling darkness coalesces in the night sky over a field as you, one of five Witches, perform incantations to vie for Earthly prominence, calling upon five Goddesses for protection and favor... But which of your fellow Witches serve the light, and which the dark? Gather information and form alliances, cast hexes, and use all your wit and connivance to ensure your dominance. Serve your Goddesses well, and they will reward you above their other followers, as they cast down those who dare to oppose them.

Coven is a game of secret alignments for 3-5 players in which each player represents a Witch serving either the darkness or the light. Not only is your starting alignment a secret, but each of the five non-player Goddesses has an unknown alignment as well. Deducing which Goddess(es) and which other player(s) share your alignment will make your strategy clear and victory easier to achieve, but not guaranteed by any means.

Gameplay is deceptively simple, with five possible actions as players traverse a circular board with an inner pentagram rotating counter clockwise changing tactics with each rotation. Coven presents an interesting strategic challenge: the side (Light or Dark) that scores the most Balance defeats the opposing side - but on the dominating side, only the Witch that scores the most Power can win, so players must be careful not to invest too much in one while neglecting the other.