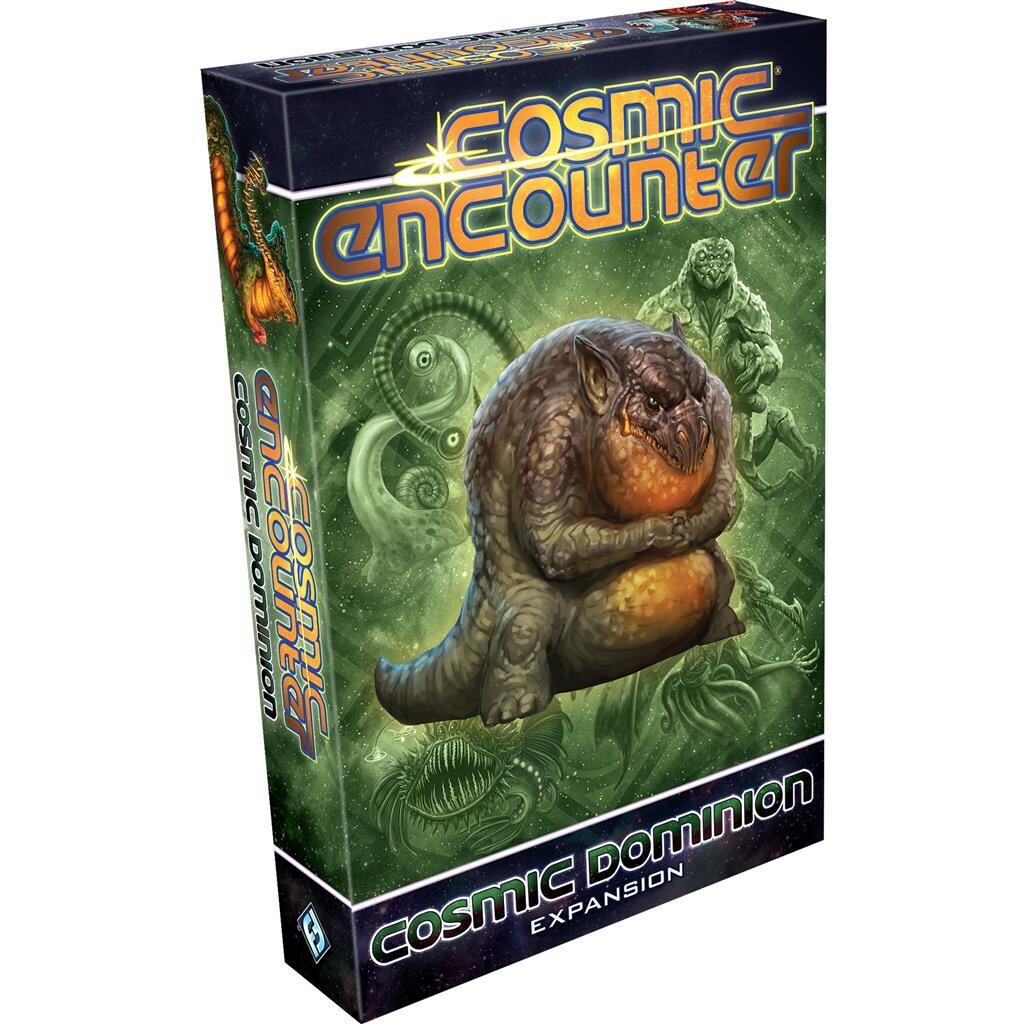 The forces in the Cosmos have grown. New aliens have appeared, and with their arrival, the tensions between all races have never been higher. Who will reign in this crowded Cosmos? Only time will tell.

Cosmic Dominion is the fifth expansion for Cosmic Encounter an expansion that goes further than ever before to acknowledge the game's debt to its enthusiastic and imaginative community of fans!

Designed for the fans and by the fans, Cosmic Dominion is a must-have for anyone hoping to explore all that the game's cosmos has to offer! Thirty new aliens blast their way onto your tabletop. Four new variants allow you to modify the classic Cosmic Encounter experience, and new ship markers allow players to create their very own variants. Chock full of fan-favorite aliens, wacky new powers and flares, and a brand-new reward deck, Cosmic Dominion will have you and your friends competing to determine once and for all who rules the galaxy.