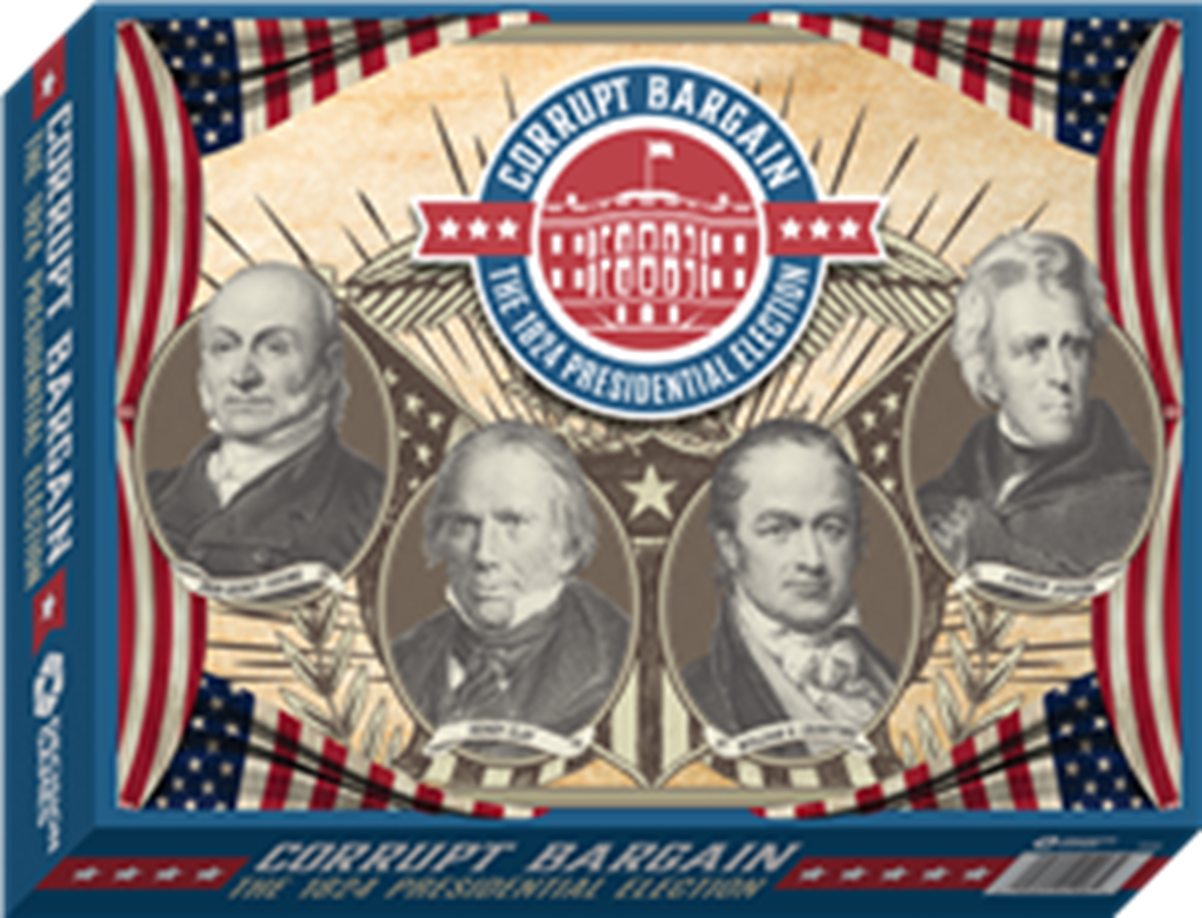 A 2-4 player game about the 1824 election (John Quincy Adams vs. Andrew Jackson vs. Crawford vs. Henry Clay) that was the first election in which no candidate achieved a majority in the Electoral College. In part because the constitution allowed for only the top three candidates to be considered by the House of Representatives, Clay (the fourth place candidate who was also Speaker of the House) threw his support to Adams (the second place candidate) and Adams was able to secure a victory with a majority of the vote by states. Players must decide with every play whether to focus on campaigning for the popular vote, the state vote, or gaining advantages.

Games can generally be played in 60-90 minutes.

Mounted game board of the United States in 1824, 200 cards including 80 event cards describing the various events during the election and the time period.

Like Bleeding Kansas, the game mechanics are simple but tactical card play and strategic plans are plentiful. The game can also be played as a 2 or 3-player game, each with different strategies and potential paths to victory.