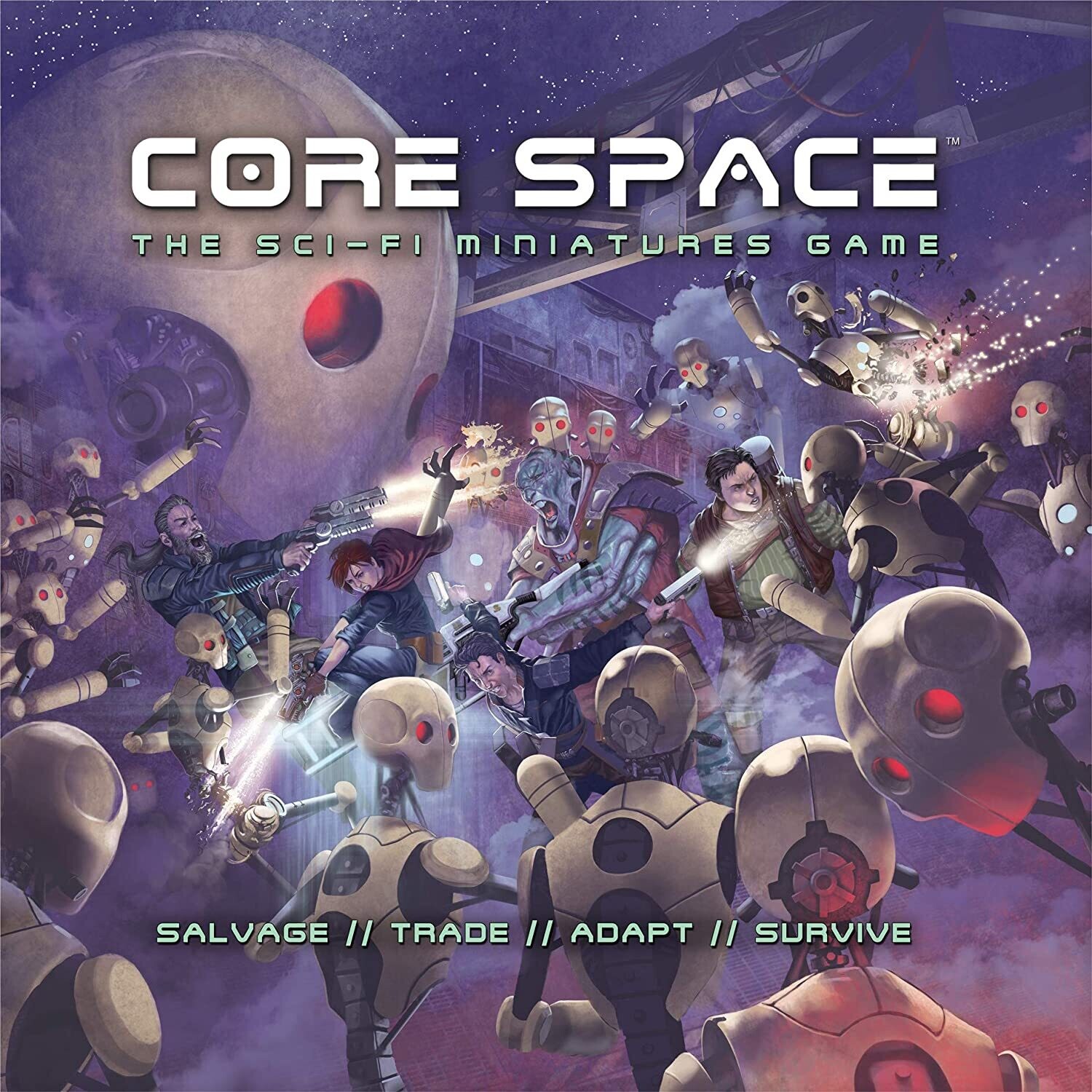 Core Space is a science fiction miniatures board game for 1-6 players. Each player takes control of a band of Traders trying to make a living in a dangerous galaxy, all the while hunted by the Purge, a semi-sentient race of humanoid machines whose sole task is to harvest worlds. It can be played competitively or co-operatively, and missions can be linked with a detailed campaign system.

THE CORE SPACE UNIVERSE IN MINIATURE

Core Space is more than just one game. It sits in that sweet spot between board game, skirmish game and RPG, expanding to match your gaming style. From the tactical movement of the pieces (ready to use out of the box of course) to the combat strategies of your Trader crew over the course of a campaign, to the dramatic narratives that emerge from the game's events, there's something for everyone, all based on a simple set of mechanics.

None of this would matter of course without a box packed full of high-quality components that will allow you to immerse yourself in the Core Space universe. The exquisitely detailed miniatures make themselves at home in the epic 3D environment built from our award winning terrain, and the quality extends to the plastic dashboards, dice, deluxe laminated tokens and character boards and more.

If you're looking for a new sci-fi world to dive into, look no further.

It’s all coming apart. The thousand-year galactic accord is crumbling, superstition and fear is replacing science and reason, governments are becoming increasingly draconian, a mysterious alien species is burning entire worlds and the black hole in the galactic heart is making worrying noises.

Amidst this bedlam are the traders, trying to scrape a living with nothing but their wits and their simple credo to follow:

Core Space is a science fiction miniatures board game. Each player takes control of a band of Traders trying to make a living in a dangerous galaxy, all the while hunted by the Purge, a semi-sentient race of humanoid machines whose sole task is to harvest worlds.

A game of Core Space takes place on a detailed 3D board. Your Traders must explore the area, fulfil their objectives, salvage what they can and then escape back to their ship, spending their earnings on desperately-needed repairs. The exciting campaign system will track your crew from game to game, developing their skills, upgrading their equipment and telling their story.

This core set accommodates 1-2 players, but the game supports up to 6 players using additional Trader crews available separately. Miniatures are not pre-painted.