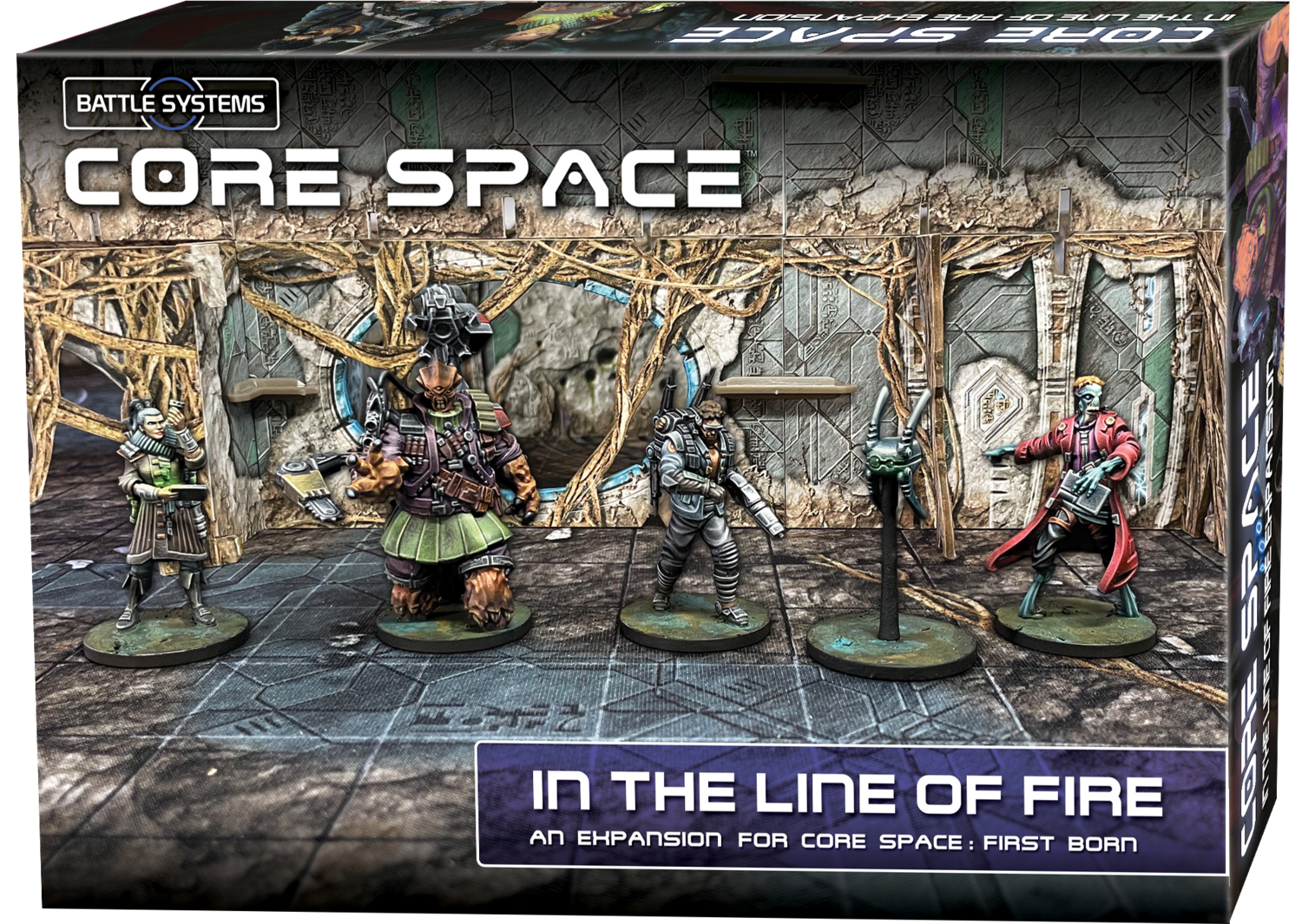 Core Space: First Born - In the Line of Fire Expansion

This expansion focuses on the non-combatants entering this warzone alongside your Traders, including Media teams and Prospectors.

You’re not the only ones scrabbling to exploit the new-found treasures of First Born Space. This expansion focuses on the non-combatants entering this warzone alongside your Traders. Media teams representing all the top broadcast corporations have arrived to stream news and documentaries back into the galactic core. Meanwhile, gemologists and mining experts have tooled themselves up to extract new and valuable minerals from the catacomb walls.

The new narrative campaign will see your Traders hired as security to take the new NPCs into dangerous environments, and new Event Cards, character boards and equipment will integrate these characters into the game.