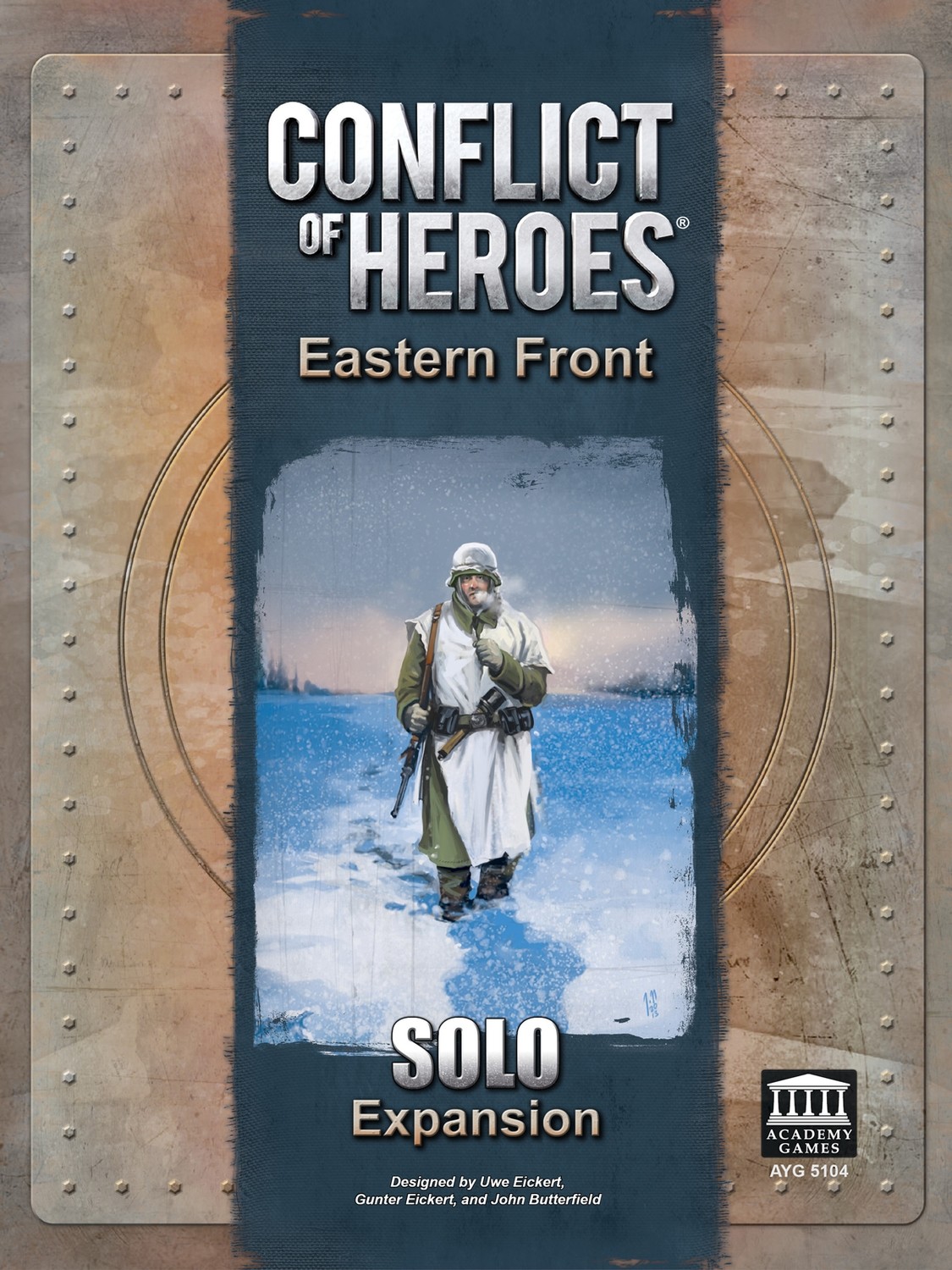 The Eastern Front Solo Expansion is the highly anticipated rule set that has been in development for over 3 years! A player will be able to play Awakening the Bear against a highly reactive game AI. This AI is based on the most modern Emergent Behavior and Agent Based Logic programming systems. AI units are not individually programmed like in past solo games. Instead, each situation is evaluated and the best course of action using available AI resources and unit assets is implemented. This is a radical and groundbreaking implementation of advanced computer programming by Academy Games for their Conflict of Heroes series. Players will be surprised by the AI strategy and actions that emerge as a result of the player's own battle tactics. This may force even veteran players to hone and adapt their own playing styles in order to overcome the AI.

This expansion requires COH: Awakening the Bear! (2nd Edition) in order to play.