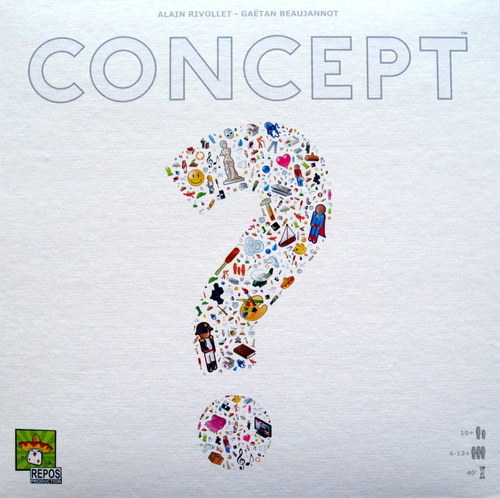 Discover a new means of communication in Concept, an easy-to-learn, but frequently challenging board game! Using a game board covered in icons that can represent everything from a computer motherboard to the color blue, players attempt to silently convey concepts such as "dinosaur," "Eiffel Tower," or "Sigmund Freud." Points go to the player who guesses the concept correctly, but in this flexible and fast-paced party game, the points are less important than enjoying the art of commmunication!