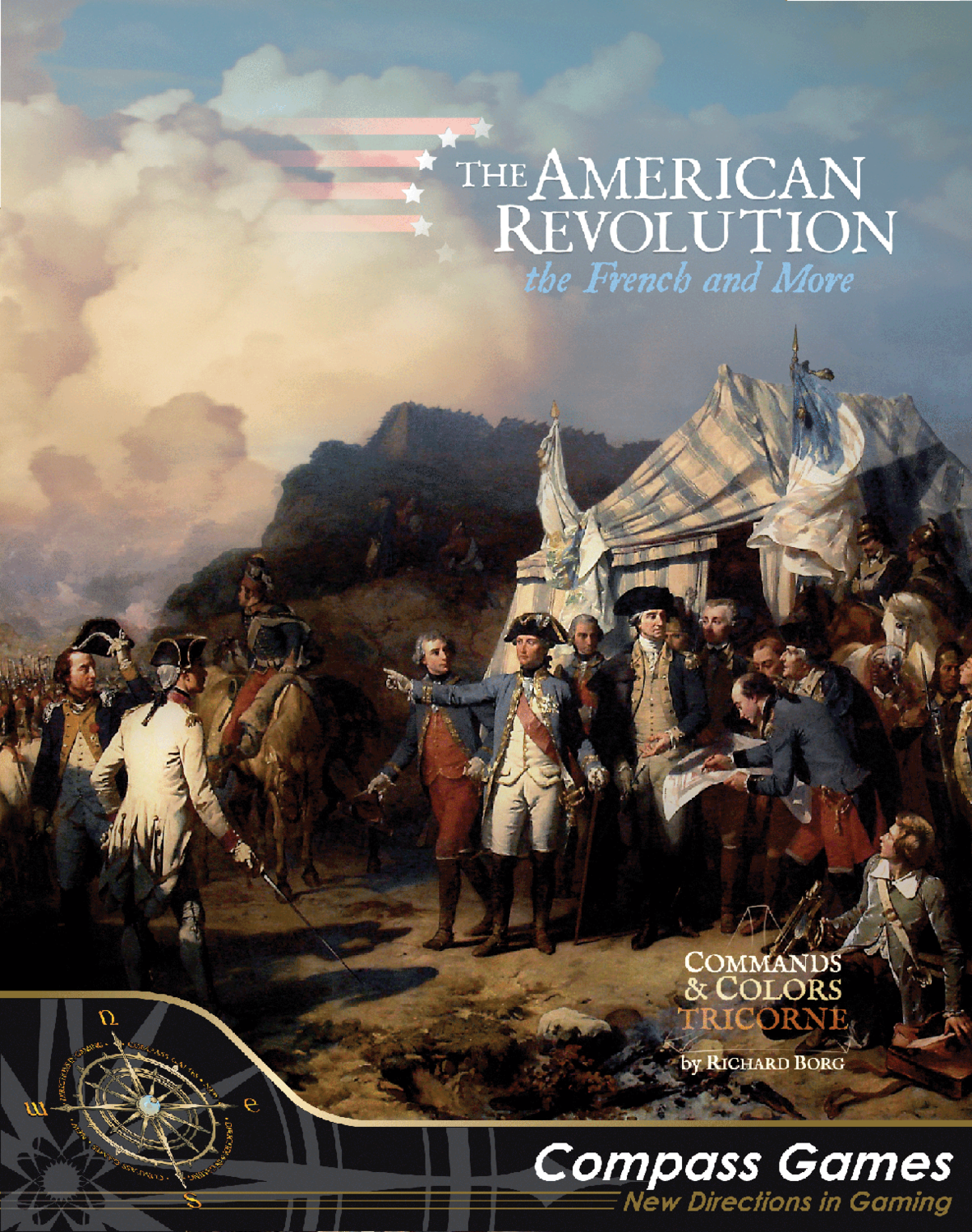 The French & More! is the first expansion for the Commands & Colors Tricorne - The American Revolution game. The kit adds ten new battles, adding the French army to the mix and expanding your existing forces.Of course, the two major land battles involving the French Army are included in the scenarios: Savannah and Yorktown. The expansion also takes a detailed look at the Battle of Brandywine, along with the battles of Springfield, Kings Mountain and Pell’s Point.New terrain tiles, additional blocks, stickers and larger, molded dice, are all included so you can play these new American Revolution War engagements.

The scale of the game fluctuates, which allows players to effectively portray some of the larger American Revolution battles, as well as smaller size skirmish actions. In some scenarios, an infantry unit may represent an entire brigade, while in others a unit may only represent a few companies of soldiers. Still the linear tactics of the period, which you will need to execute to gain victory, conform remarkably well to the advantages and limitations inherent to the various American Revolution Armies of the day, and the battlefield terrain features on which they fought. To further emphasize the differences in battlefield doctrine between the British and Continental forces, each army has its own unique deck of Combat cards.