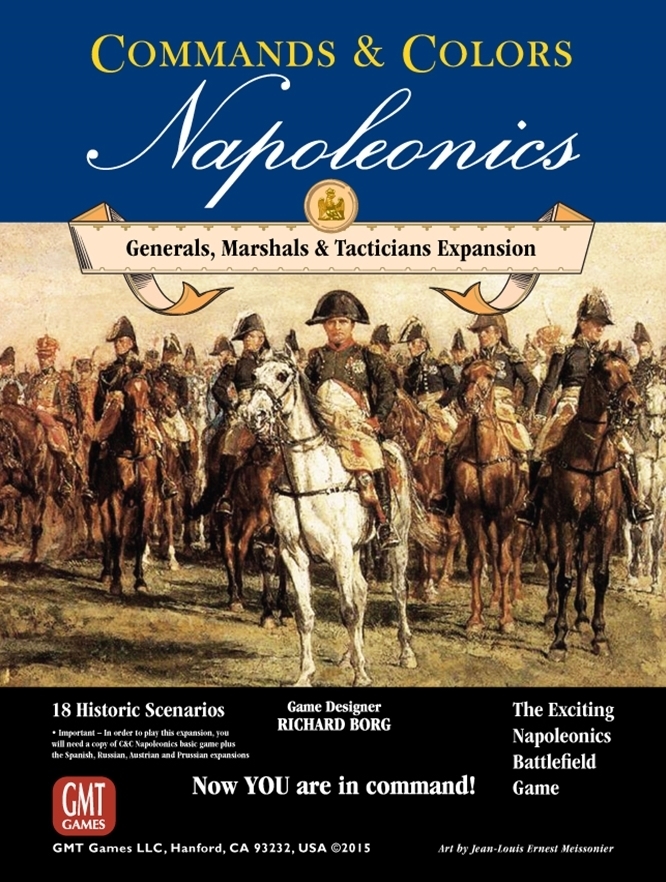 What makes this expansion stand out is the introduction of a deck of Napoleonic Tactician cards. These 50 cards are designed to spice up each and every player’s Napoleonic experience by enhancing the role of leaders on the battlefield, without adding additional complexity or pages of rules. Tactician cards also add an element of suspense and will challenge players to coordinate their use in a timely manner. In terms of game play, they represent leader actions and Napoleonic battlefield happenings or unit abilities. These cards may hinder the opposition army, enhance a player’s units or may instantly change the course of a battle. The number of Tactician cards each player will take at the start of a battle is indicated in the scenario notes. For earlier scenarios, players must refer to the Commander Tactician Rating Reference Card, which is a comprehensive listing of all Commands & Colors Napoleonic scenarios released to date with a commander’s tactician rating for each army.

In order to play many of the scenarios in this expansion, the basic game or earlier expansions,, you will need a copy of the Commands & Colors Napoleonic game and the Spanish, Russian, Austrian and Prussian expansions.