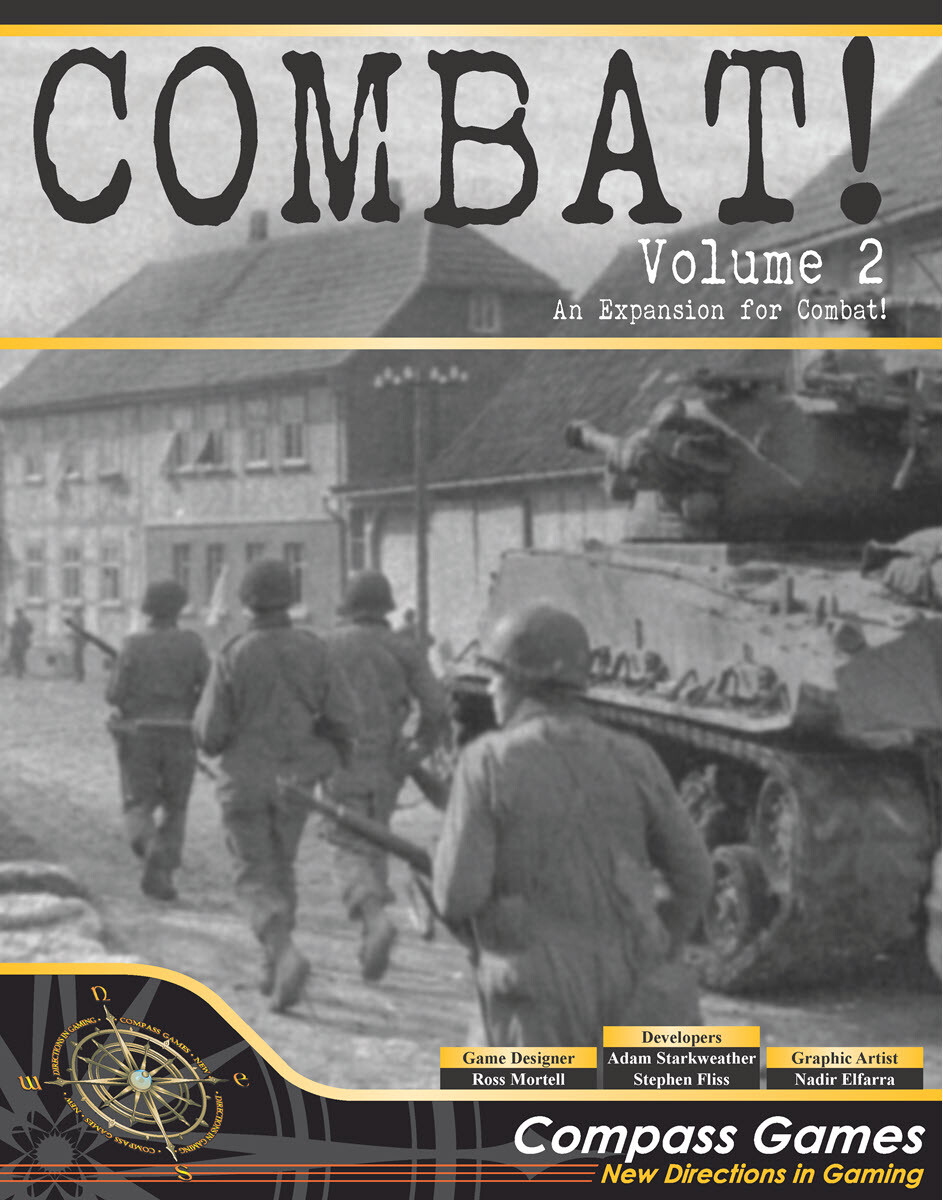 Combat! 2 is an add-on module for Combat! You must have Combat! to play this expansion.

Combat! 2: From D-Day to V-E Day Campaign Expansion adds many new features such as:

Combat! 2 will also include:

The Campaign Game consists of 6 ‘Chapters’, ‘Normandy’, ‘Pursuit’, ‘Hurtgen Forest’, ‘The Bulge’, ‘The Siegfried Line’ and ‘Germany’. Not all Chapters will be played depending on events.

So, in one Campaign you may be transferred to the Ardennes and take part in the Battle of the Bulge whilst in another you are sent to the hell of the Hurtgen Forest.

You will also play Missions and Patrols during the campaign and each Chapter has its own Mission Tables with 100 different missions and a Patrol Table with 10 different Patrols.

Each Campaign will be unique, and you will get to create your own story each time you play.