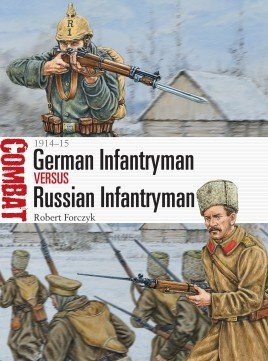 The Eastern Front of World War I is sometimes overshadowed by the fighting in the West. But the clashes between Imperial Germany and Tsarist Russia in East Prussia, Poland and Lithuania were every bit as gruelling for the participants as the great battles in Western Europe. In spite of the crushing German victory at Tannenberg in August 1914, the war in the East would grind on into 1918, hampered by supply problems, difficult terrain and appalling weather conditions. In this study, author Robert Forczyk assesses the tactics and combat performance of both sides fighting in the brutal clashes at Gumbinnen, Göritten and Mahartse, examining their contrasting fortunes and revealing the evolving nature of infantry warfare on the Eastern Front during World War I.