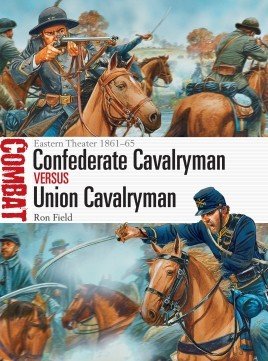 During the intense, sprawling conflict that was the American Civil War, both Union and Confederate forces fielded substantial numbers of cavalry, which carried out the crucial tasks of reconnaissance, raiding, and conveying messages. The perception was that cavalry's effectiveness on the battlefield would be drastically reduced in this age of improved infantry firearms. This title, however, demonstrates how cavalry's lethal combination of mobility and dismounted firepower meant it was still very much a force to be reckoned with in battle, and charts the swing in the qualitative difference of the cavalry forces fielded by the two sides as the war progressed. In this book, three fierce cavalry actions of the American Civil War are assessed, including the battles of Second Bull Run/Manassas (1862), Buckland Mills (1863) and Tom's Brook (1864).