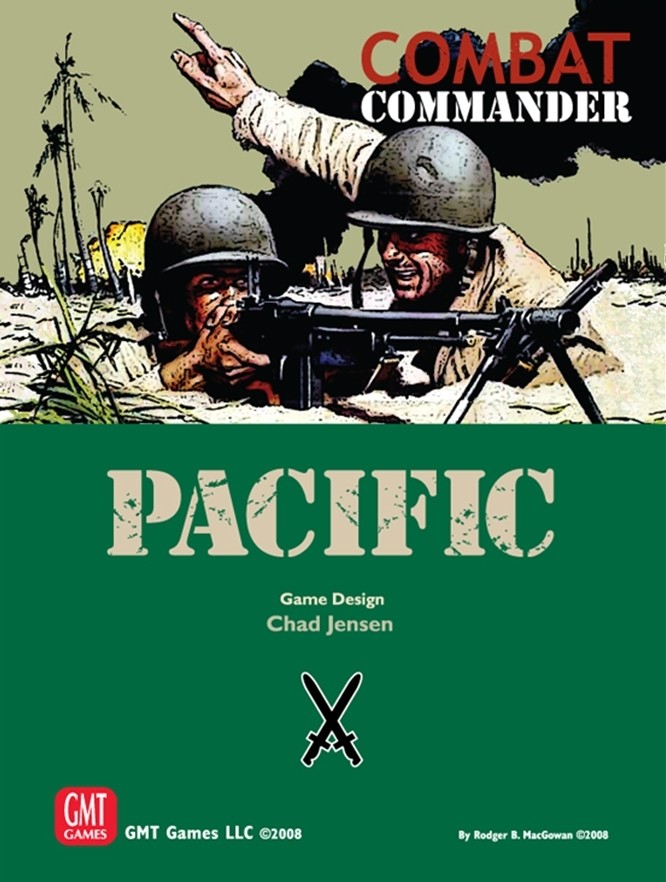 Combat Commander:Pacific is a card-driven board game covering tactical infantry combat in the Pacific Theater of World War II. CC:Pacific's main theme is the addition of three new factions to the Combat Commander family:

CC:Pacific is a stand alone game in the card-driven Combat Commander game series. While utilizing Combat Commander: Europe's basic rules, CC:Pacific includes numerous rule tweaks and additions in order to more accurately portray tactical warfare as experienced by the participants in and around the Pacific and Indian Oceans. This will slightly ramp up the complexity of the Combat Commander series while at the same time imparting a bit more depth and realism. Just a few of the additions include:

Players attempt to achieve victory by moving their combat units across the game map to attack their opponent’s combat units and occupy as many objectives as possible. The degree to which a player succeeds or fails is measured by a scenario’s specific Objective chits, the destruction of enemy units, and the exiting of friendly units off the opponent’s board edge.

A game of Combat Commander is divided into several Time segments. There is no sequence of play to follow, however: each Time segment is divided into a variable number of Player Turns, each of which may consist of one or more Fate Card "Orders" conducted by the active player. Fate Card "Actions" may generally be conducted by either player at any time. "Events" and die roll "Triggers" — both good and bad — will occur at random intervals to add a bit of chaos and uncertainty to each player’s perfect plan.

MAP - Each hex of a Combat Commander map is roughly 100 feet across (about 30 meters).