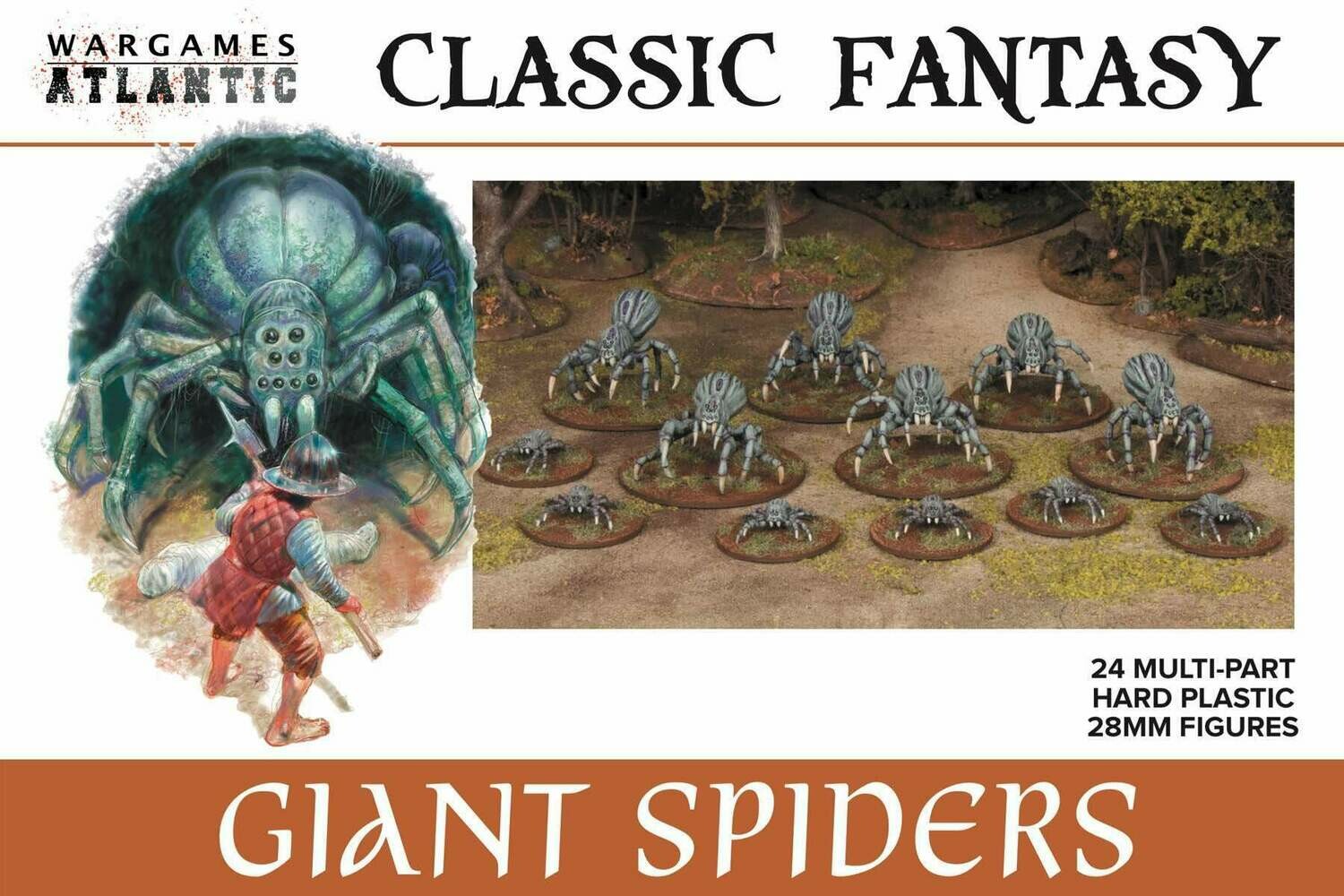 Infesting the land in the places the sun rarely touches: mountain caves, the dankest forests, lonely ruins from the folk that came before, this race of giant spiders is an ever-present threat to the free peoples.

Solitary spiders will lie in wait for weary travelers while larger clutters will be so bold to attack villages en masse. Mountain goblins have even been known to ally with the beasts to ride their enemies down. The local militias stand wary and sometimes the High Queen herself organizes hunts to winnow their putrid numbers.

This hard plastic box set allows you to field up to 12 Giant Spiders, 12 smaller spiders and with sci-fi part options for every giant spider in the box. Also, when paired with WAACF004 Goblin Warband (coming later this year) the giant spiders can work as cavalry.