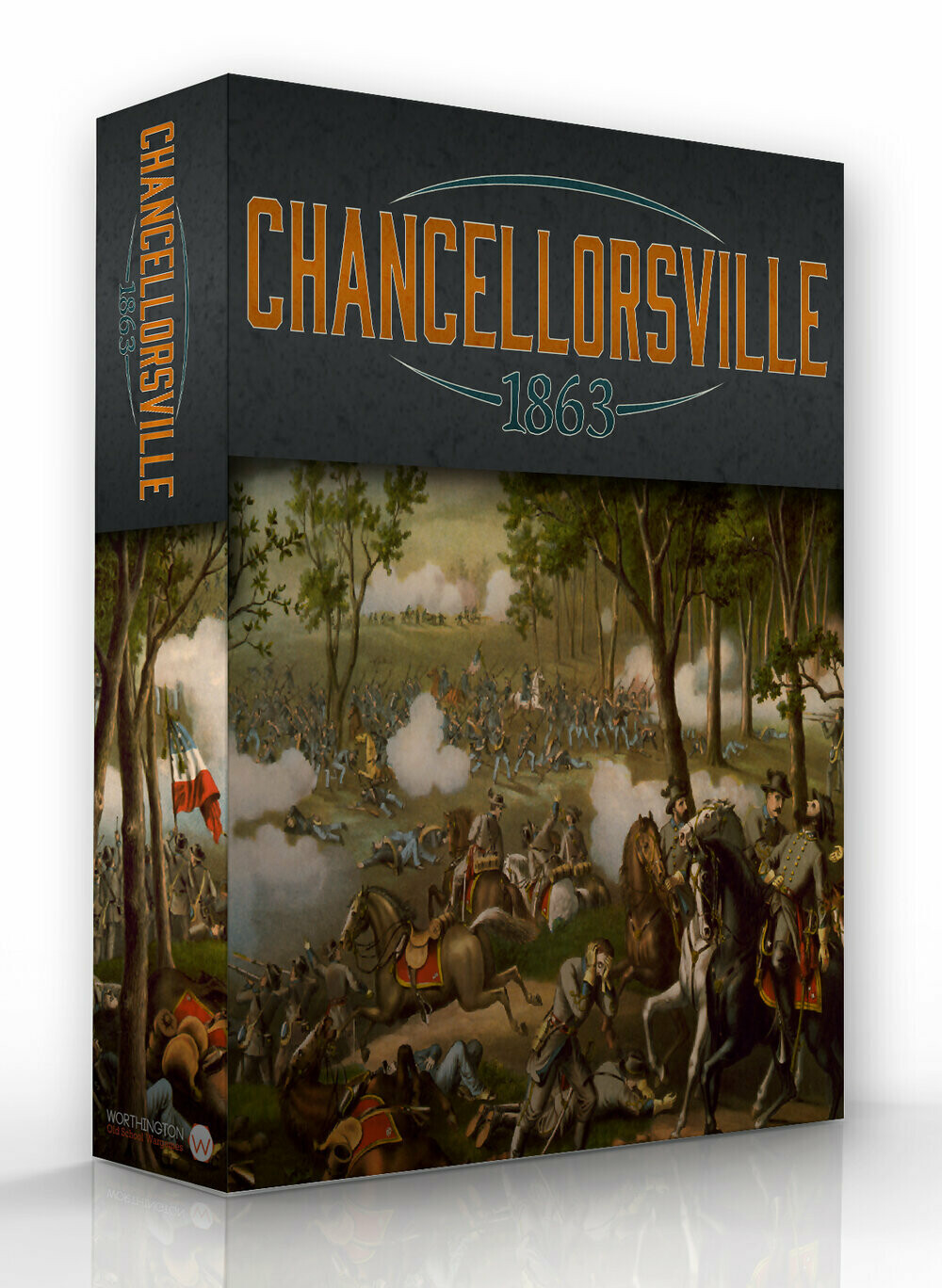 Chancellorsville: 1863, Lee’s “perfect battle” because his risky decision to divide his army in the presence of a much larger enemy force resulted in a significant Confederate victory.

Chancellorsville: 1863 is the second game in Worthington Games new Battle Formations series – an innovative card driven board game on the Battle of Chancellorsville.

Chancellorsville: 1863 has been designed for easy set up and quick gameplay. Unit placement is shown on the game board and units are wooden markers representing troop formations. Players decide which formation to activate and how far to push it once it begins attacking. Push it just enough and they can win the day. Push it too much and failing a morale test will break it.

The decision is yours…

Chancellorsville: 1863 uses many of the concepts from Freeman's Farm 1777.

What stays basically the same?

Gamers who own Freeman's Farm and are familiar with its concepts will be up and playing in 15 minutes.And with quick setup and game play, gamers will be able to play multiple games in an evening.