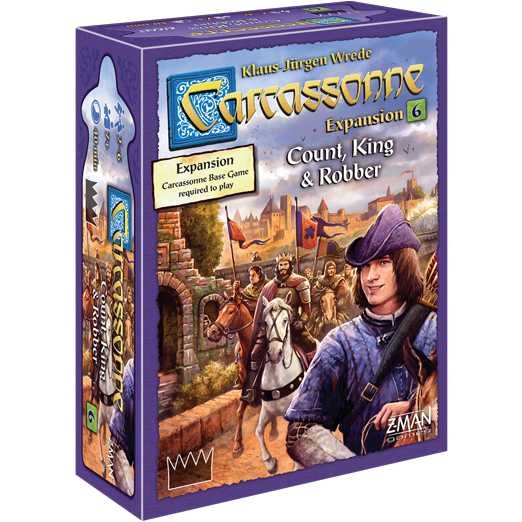 Earn bonus points with the new King and Robber pieces in this Carcassonne expansion.

RULE THE CITY OR THE ROADS

Two large city tiles let you start the game with the eponymous city itself. The mysterious count oversees the city of Carcassonne, patrolling the main areas of the city: the castle, the market, the blacksmith and the cathedral. Free trapped followers or block other followers with the count’s movement around the city.