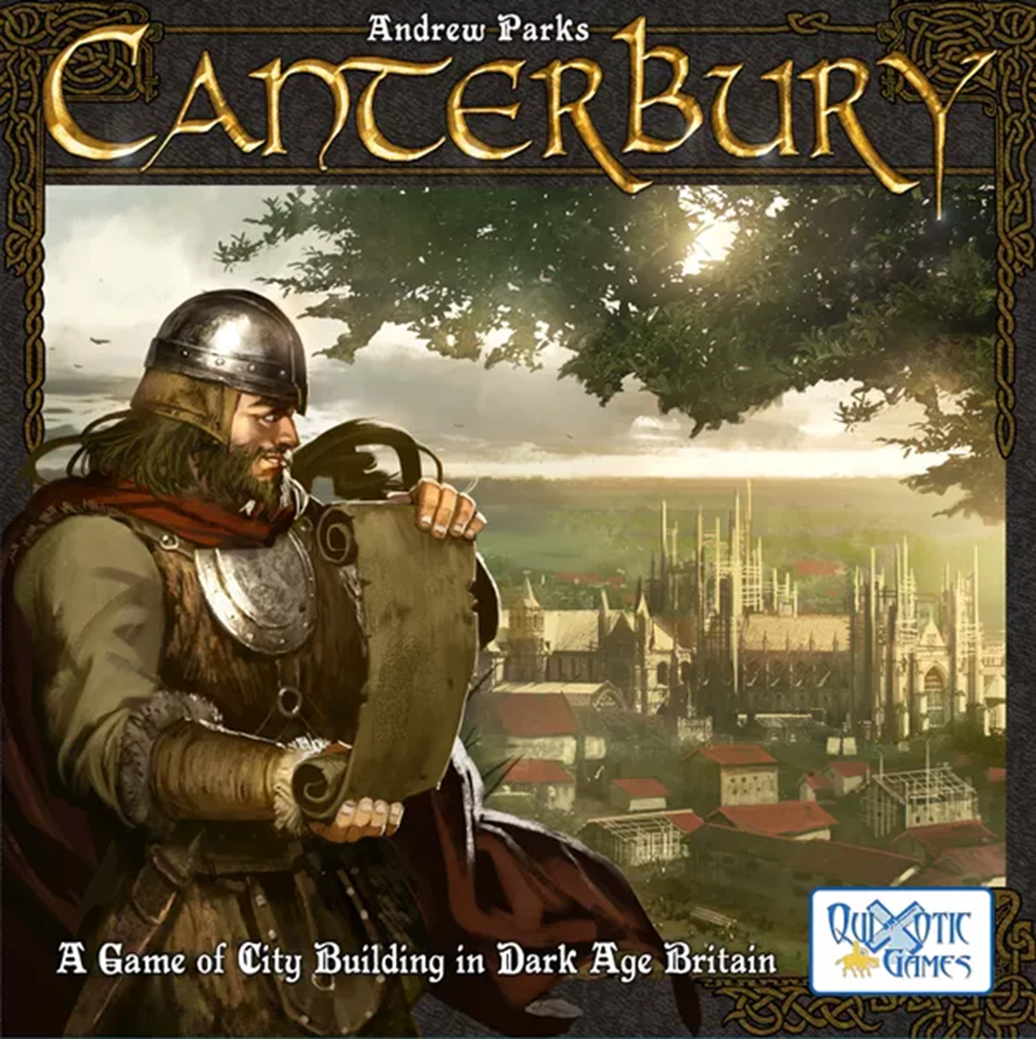 Canterbury is a board game set in the Dark Ages of Britain, when the Saxons established the old Roman city of Canterbury as their new capital. In Canterbury, players represent Saxon Lords who are charged with building the city into a prosperous capital. The Saxon Lords must use the city's meager starting resources to build up the 25 districts of Canterbury and to provide key services to its citizens, including water, food, religion, defense, commerce, and culture.