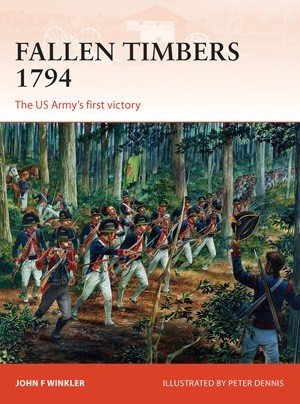 Following the defeat at Wabash, in 1792 the Washington administration created a new US Army to replace the one that had been destroyed. The man chosen to lead it was the famous Major-General "Mad” Anthony Wayne. Having trained his new force, Wayne set out in 1793 to subdue the Ohio Indians. Wayne faced many of the same problems as St Clair including the logistical and intelligence problems of campaigning in the wilderness, not to mention the formidable Ohio Indians. Wayne faced additional problems including the likelihood that he would have to fight both British and Spanish forces, not to mention an American army led by the celebrated commander George Roger Clark. He also faced an insurrection in western Pennsylvania, "Whiskey Rebellion”, and a conspiracy led by many of his officers and contractors. Despite all these difficulties, Wayne managed to defeat the Ohio Indians at the battle of Fallen Timbers. This was a decisive defeat that led directly to the Treaty of Greeneville the following year which ended 20 years of conflict between the Americans and the Ohio Indians.