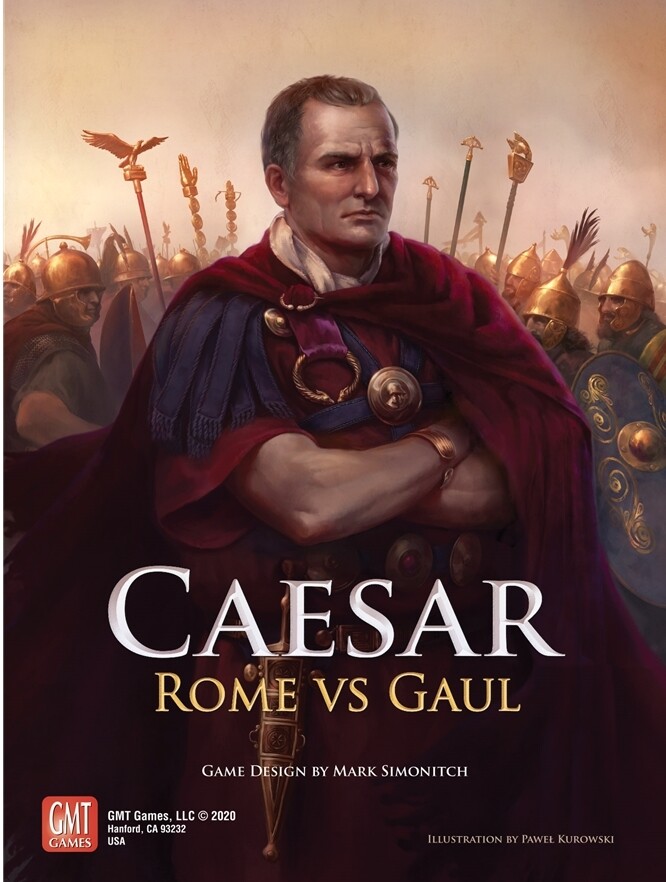 Caesar: Rome vs. Gaul is a fast-playing, easy-to-learn, two-player card-driven game on Caesar’s conquest of Gaul. One player plays Caesar as he attempts to gain wealth and fame in Gallia at the expense of the Gauls. The other player controls all the independent tribes of Gaul as they slowly awake to the peril of Roman conquest.

The game covers the height of the Gallic Wars, the period between 57 BC and 52 BC when Caesar campaigned back and forth across Gaul putting down one rebellion after another and invading Germania and Britannia. Units are individual Roman Legions or Gallic Tribes. Each turn represents one year.