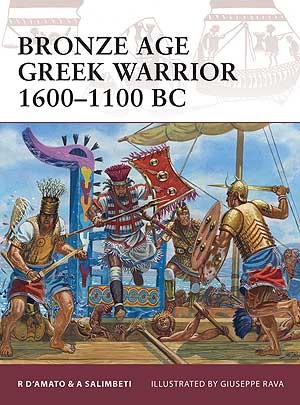 More than a century has passed past since German archeologist Heinrich Schliemann discovered the treasures of Bronze Age Mycenae. The richly decorated artefacts of the entombed warriors, whose bodies still lay in their graves, confirmed that Homer’s epic The Iliad was based upon true events, and that the Achaeans described in his poems probably did exist. Through a combined study of the mythical tradition, archeological findings and written sources, this fascinating addition to the Warrior series explores the evolution of warfare in the Bronze Age Greek world. Covering weaponry, clothing, helmets and body armour, it provides a richly illustrated guide to the warriors who have shone from the pages of Homer’s poem for almost three millennia.