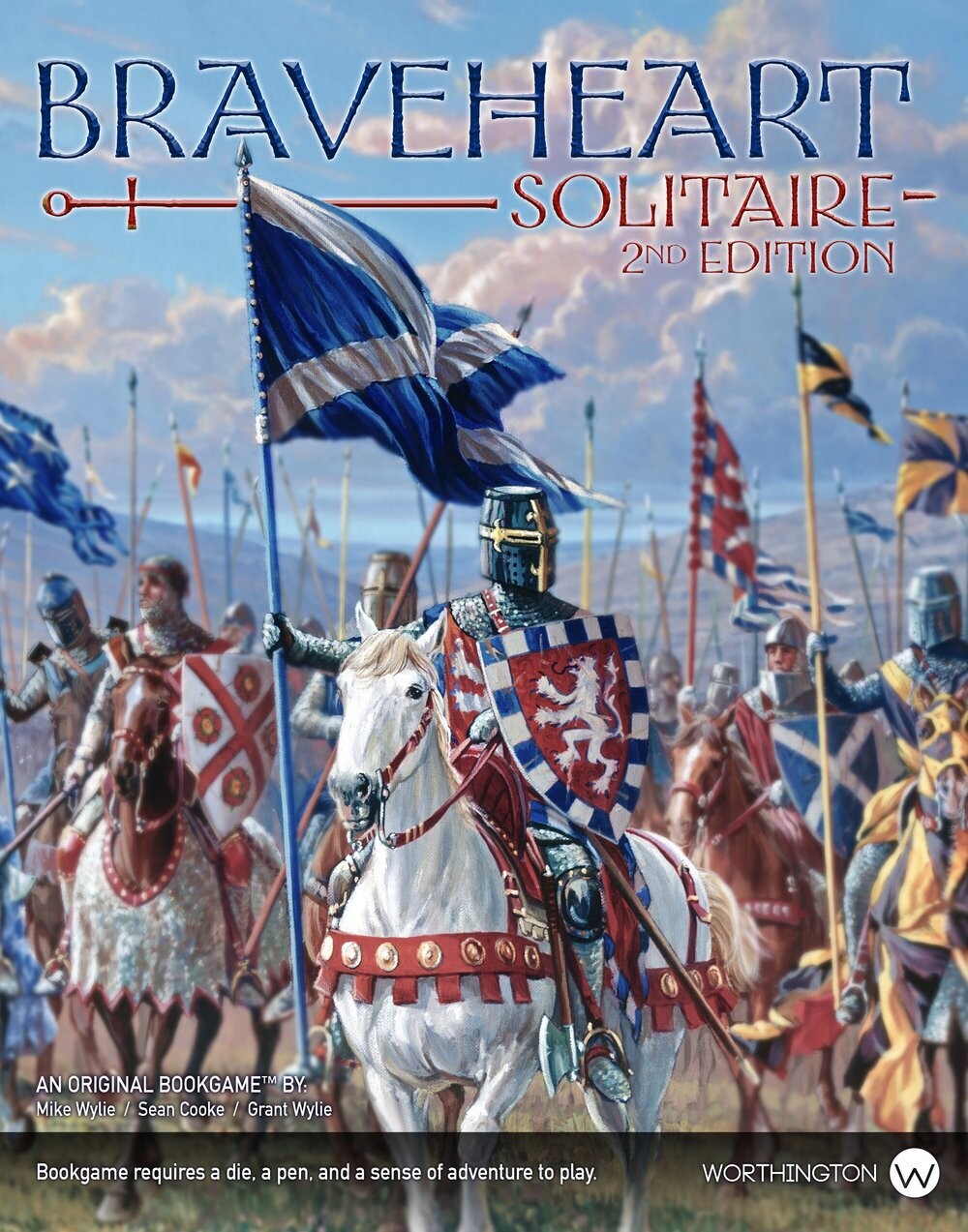 You are in command of the Scottish armies in their bid for independence from the English Monarchy.

Lead your people to freedom as they cheer your name “Braveheart!”

The English outnumber your army in both battles, so your decisions require some outstanding leadership. If you expect to win the day, the decisions are yours…

Braveheart Solitaire, you take the role of William Wallace or Robert the Bruce against an opposing English army. There are two unique battles, Falkirk and Bannockburn. Within the two battles, you have six opportunities to defeat a challenging English Bot plus six chances to beat a difficult English Bot. The two grand battles provide a player with a total of twenty-four plays to claim victory.

All you need to provide is a die, a pen, and a sense of adventure to play.

Also with the book comes a clear acetate sheet that allows each game in the book to be used with a dry erase marker for those that do not want to mark in the book.