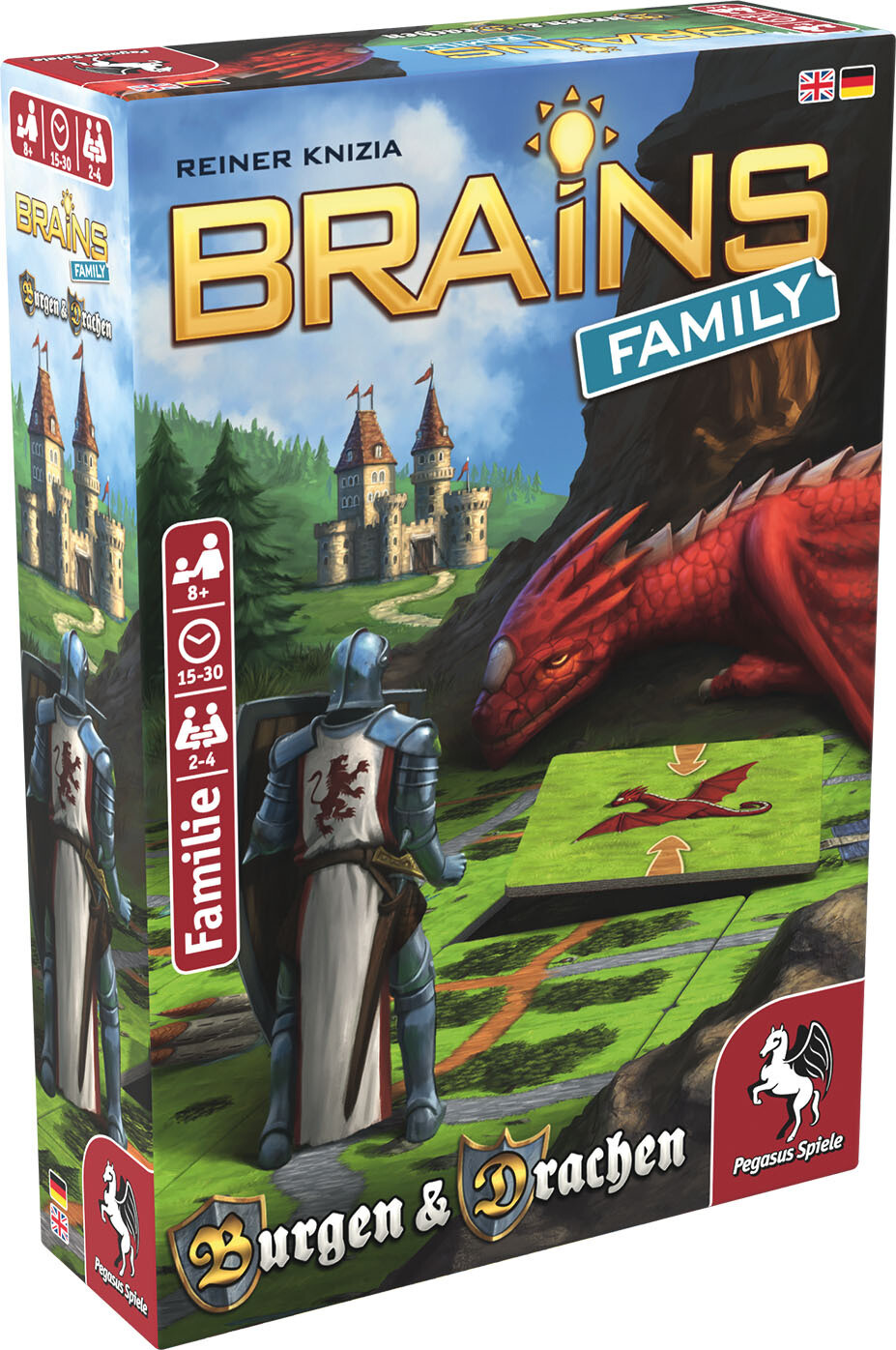 Brains, the successful solitaire puzzle game, goes multiplayer: In Brains Family – Castles & Dragons players compete to fight dragons and find mythical castles before their opponents do. Each round one adventure card is revealed, indicating the position of the castles and dragons as well as the knight’s starting position on each player’s board. Then, all players simultaneously try to find a path for their knights to reach all castles while regarding all the rules. Whoever finds a correct solution first, wins the round. But watch out: While at first it is optional to fight dragons, each round you win will force you to fight a dragon in all following rounds, thus making the game harder. The first player to win three rounds, wins the game.

Brains Family cleverly varies core elements of the solitaire Brains games to create an exciting multiplayer experience, which elegantly ramps up the difficulty for the leading players to keep the game fair until the end.