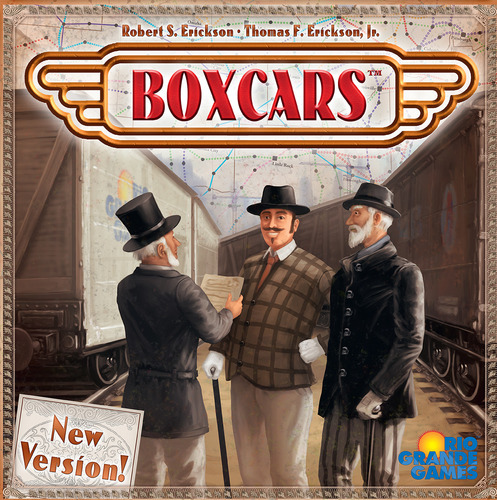 Build your own rail empire by acquiring existing railroad companies. Fund your acquisitions by delivering freight across the country. Th e player who builds the most effective empire and accumulates the most wealth will win the game.

Play on a new version of the original U.S. BOXCARS mapboard or the new mapboard of England, Scotland, and Wales.