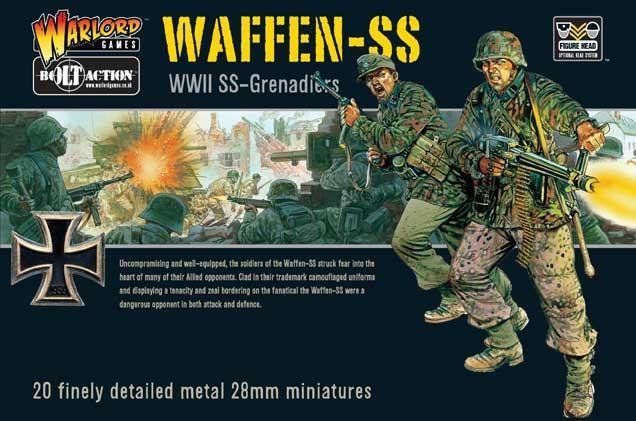 Germany's armed forces in World War II were arguably the best-trained, equipped and motivated of all the major powers, understandably so in a nation geared to rearmament and aggression to its neighbours. Within these powerful forces emerged another force, the Waffen-SS, who were formed initially as armed bodyguards to Adolf Hitler himself, but later became a force to be reckoned with on the battlefield.

Tough, often lavishly equipped and politically indoctrinated, SS troops formed over 38 divisions and numerous other regimental and battalion-sized units, totaling nearly a million men under arms. Their armoured units won many plaudits for their actions, and although relationships between regular army units and the Waffen-SS were sometimes strained, most SS units fought courageously, sometimes ferociously, against great odds until the wars end in Berlin, 1945.

There are many examples of SS troops fighting well and within the bounds of what we can call 'civilised war', but too many incidents of brutality occurred for most people's tastes.

Warlord Games presents some of Germany's toughest troops, eager to close with their enemies and put their training and equipment to the test...

Uncompromising and well-equipped, the soldiers of the Waffen-SS struck fear into the heart of many of their Allied opponents. Clad in their trademark camouflaged uniforms and displaying a tenacity and zeal bordering on the fanatical the Waffen-SS were a dangerous opponent in both attack and defence.