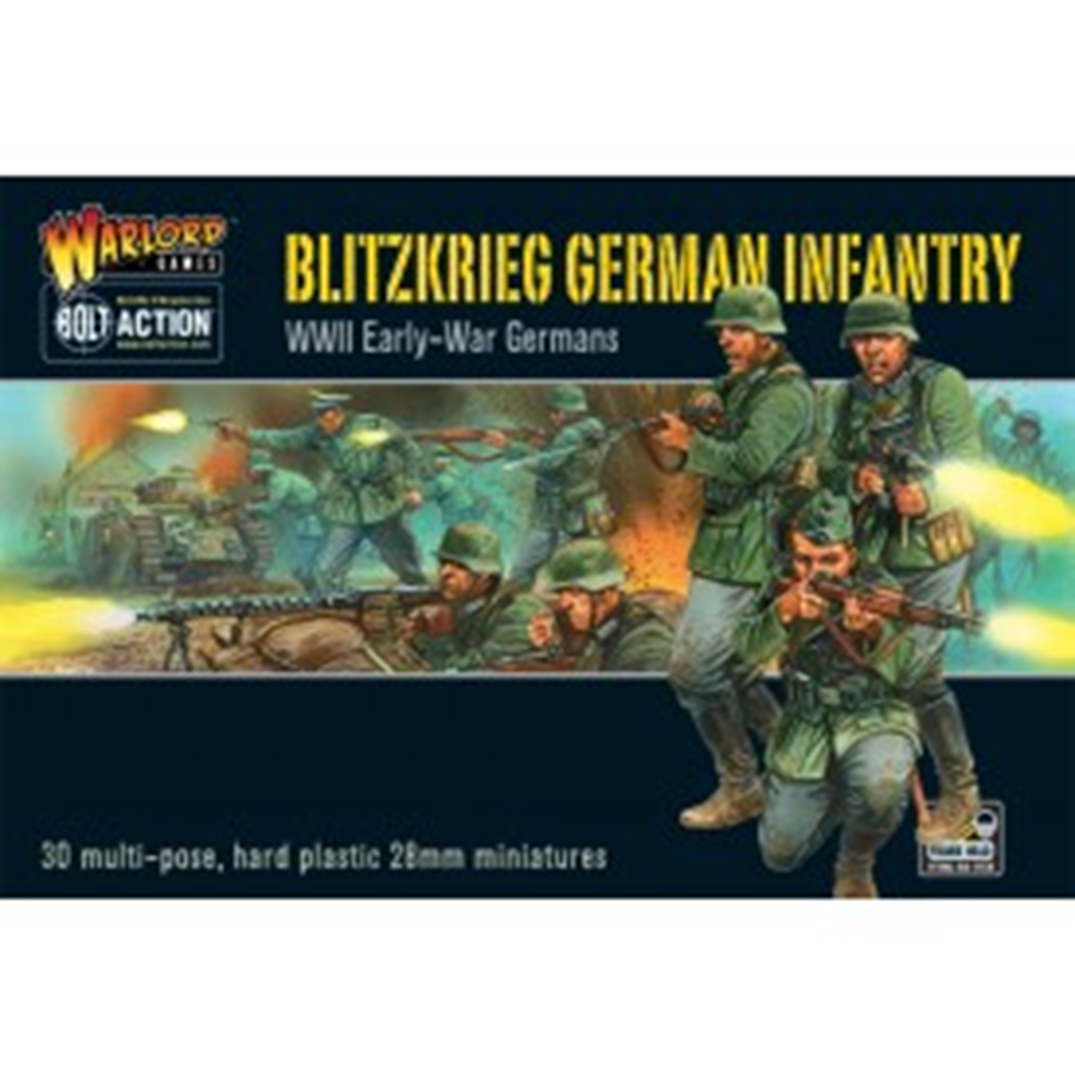 Representing the classic image of the German infantryman during World War II, these miniatures are equipped with knee-high jackboots, unadorned ‘coalscuttle’ helmet and a martial discipline that took them to almost complete dominance of mainland Europe.

Whilst the glory often went to the armoured knights of the panzer divisions, the infantry were the spine of the Wehrmacht. Germany’s cunning use of Blitzkrieg tactics conquered Poland, swept through the Low Countries and defeated France, before turning their attention to the Soviet Union. Soviet forces were pushed all the way to Moscow as the relentless march of Hitler’s landsers swept all before them.

Well-led, superbly trained and equipped with the finest infantry weapons in the world, the German infantryman was a skilled and dangerous foe capable of thinking for themselves if needed, giving them a significant advantage over their foes. Vorwärts!