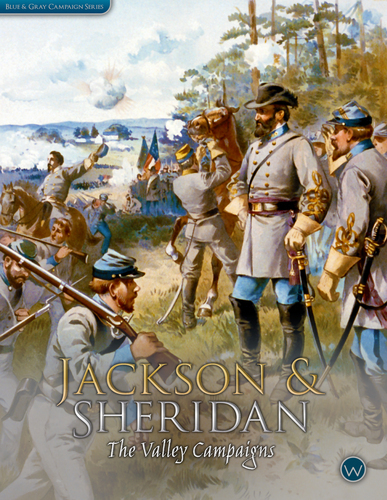 JACKSON & SHERIDAN: Volume III focuses on the 1862 & 1864 Shenandoah Valley Campaigns from Lynchburg to Harper’s Ferry. As Jackson can you drive the Yankee army out of your beloved valley, forcing Lincoln to draw troops from in front of Richmond? As McDowell, Fremont, and Banks can you defeat Jackson and push east to finish the Confederacy in 1862 saving thousands of lives and years of turmoil? Refight 1864 as Sheridan and Early duel from Washington to Lynchburg.