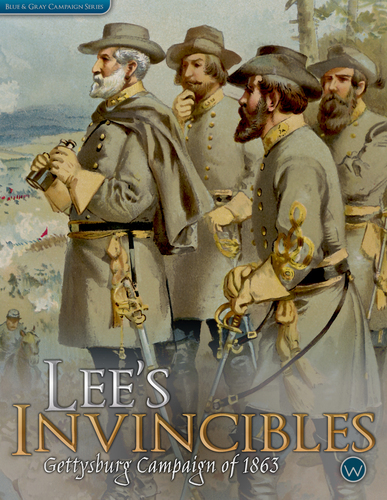 LEE’S INVINCIBLES: Volume II focuses on Lee’s 1863 Gettysburg Campaign from Fredericksburg to Harrisburg. As Lee can you do what wasn’t done and defeat the Union army leading to the capture of Washington DC and independence for the Confederacy? As Hooker or Meade can you defeat Lee and drive his army into the Potomac forcing his surrender and ending the war years early.