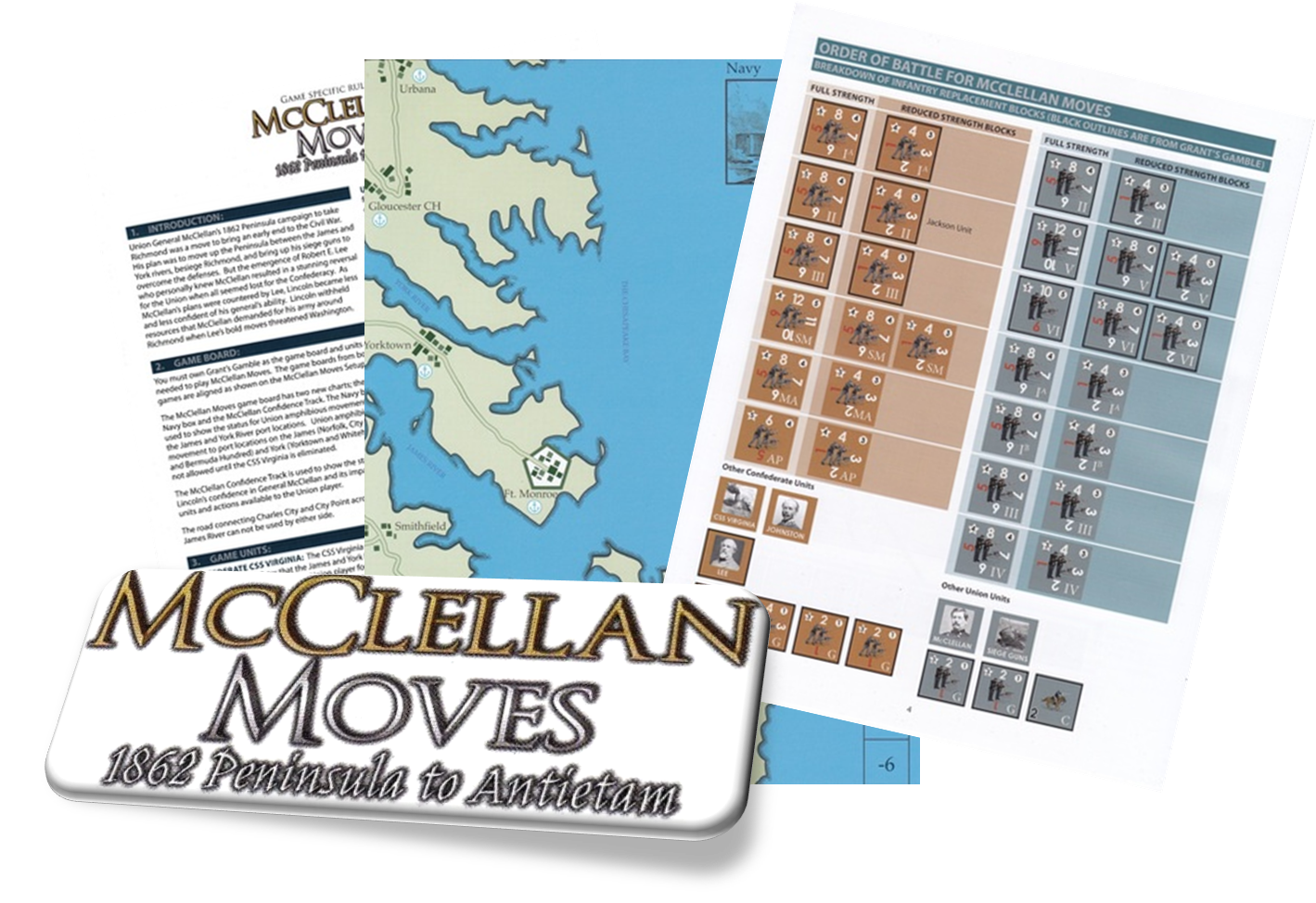 Union General McClellan's 1862 Peninsula campaign to take Richmond was a move to bring an early end to the Civil War. His plan was to move up the Peninsula between the James and York rivers, besiege Richmond, and bring up his siege guns to overcome the defenses. But the emergence of Robert E. Lee who personally knew McClellan resulted in a stunning reversal for the Union when all seemed lost for the Confederacy. As McClellan's plans were countered by Lee, Lincoln became less and less confident of his general's ability. Lincoln withheld resources that McClellan demanded for his army around Richmond when lee's bold moves threatened Washington.

You must own Grant's Gamble as the game board and units are need to play McClellan Moves.