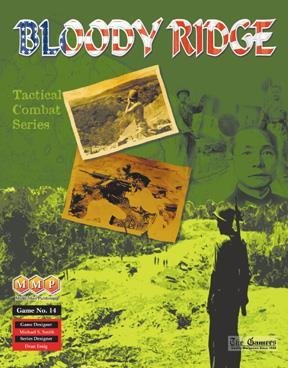 September 12, 1942: Bloody Ridge portrays the fighting that occurred around “Bloody Ridge” on the island of Guadalcanal from 12-14 September 1942 between US and Imperial Japanese forces. The Japanese are attempting to recapture Henderson Field, the airstrip they abandoned when the Marines first landed on 7 August. The Marines are trying to hold the perimeter south of Henderson Field to prevent the Japanese from recapturing the airstrip.

Bloody Ridge is a small, low counter density addition to the award winning Tactical Combat Series (TCS) designed by noted Guadalcanal historian Michael S. Smith. Meticulously researched, including extensive Japanese sources on the battle, Bloody Ridge is sure to be enjoyed by both amateur historians and tactical-level gamers alike!