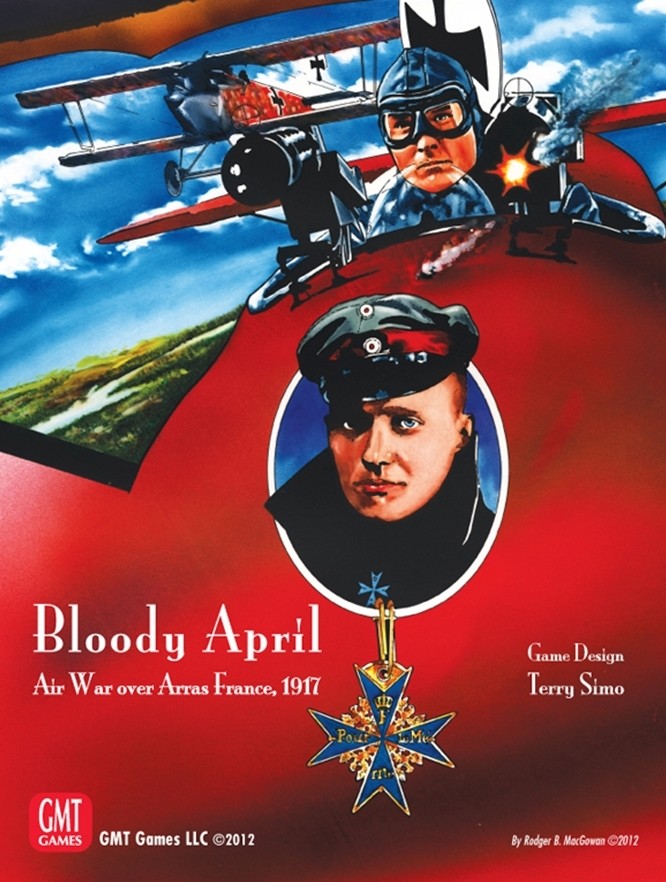 Bloody April, 1917 is a standalone game using a similar format to Elusive Victory/Downtown, modified to cover the unique aspects of air combat during World War 1. The game covers the pivotal air combat over the Arras sector, France from March until the end of May 1917. Players take on the roles of Royal Flying Corps commander or German Imperial Air Service commander for their respective sides and will have a multitude of taskings available to accomplish and complete their objectives. Bloody April, 1917 will include both single mission scenarios and multi-mission/multi-day campaigns to allow players to play out large scale battles in a manageable timeframe.

Bloody April, 1917 recreates entire air raids in detail. Each player will have many unique tactical challenges to overcome. Both players will have numerous taskings available such as Bombing, Recon, Artillery Cooperation, Contact Patrols, Balloon Busting, Offensive Patrols, Line Patrols and Trench Strafing. Players will also have Anti-Aircraft systems available such as different caliber "Archie " AA guns and "Flaming Onions" incendiary weapons to hinder their opponent's movements. The map covers a significant portion of the Arras sector from Bethune and Lens in the North to Cambrai in the South. All the major aerodromes in this theatre of operations are displayed on map with a scale of 1Nm per hex and 2 minutes per game turn. Each detailed aircraft counter will represent anywhere from 1 to 5 aircraft.

The Royal Flying Corps (RFC) player will be on the offensive during this timeframe and have a plethora of diverse aircraft types ranging from obsolete but workhorse B.E.2 2-seaters to brand new aircraft that would become legendary as the war went on such as the SE-5 scout and Bristol F.2a 2-seater. In all the RFC player will have over 15 different types of scout and 2-seater aircraft at their disposal. Pusher type F.E.2b/d and D.H.2 aircraft and the Sopwith Triplane will help fill your arsenal. Sopwith Pups and 1 ½ Strutters, Nieuport 17s and SPAD VIIs are some of the other types available. R.E.8s and F.K.8s will help augment your 2-seater fleet and will begin to replace the heavily attrited B.E.2 fleet.

The German Imperial Air Service player takes on the role of Jagdstaffeln (Jasta) commander utilizing Ace pilots such as the legendary "Red Baron", Manfred von Richthofen and his Jasta 11 comrades flying Halderstadt and Albatros scout aircraft that terrorized the British 2-seaters during this period. The German player will also have his own 2-seater aircraft such as the Rumpler and Albratros C-class 2-seaters to provide Recon, Bombing and Artillery Cooperation. The battle for the skies over Arras in France 1917 is under your control. Will it be another Bloody April?