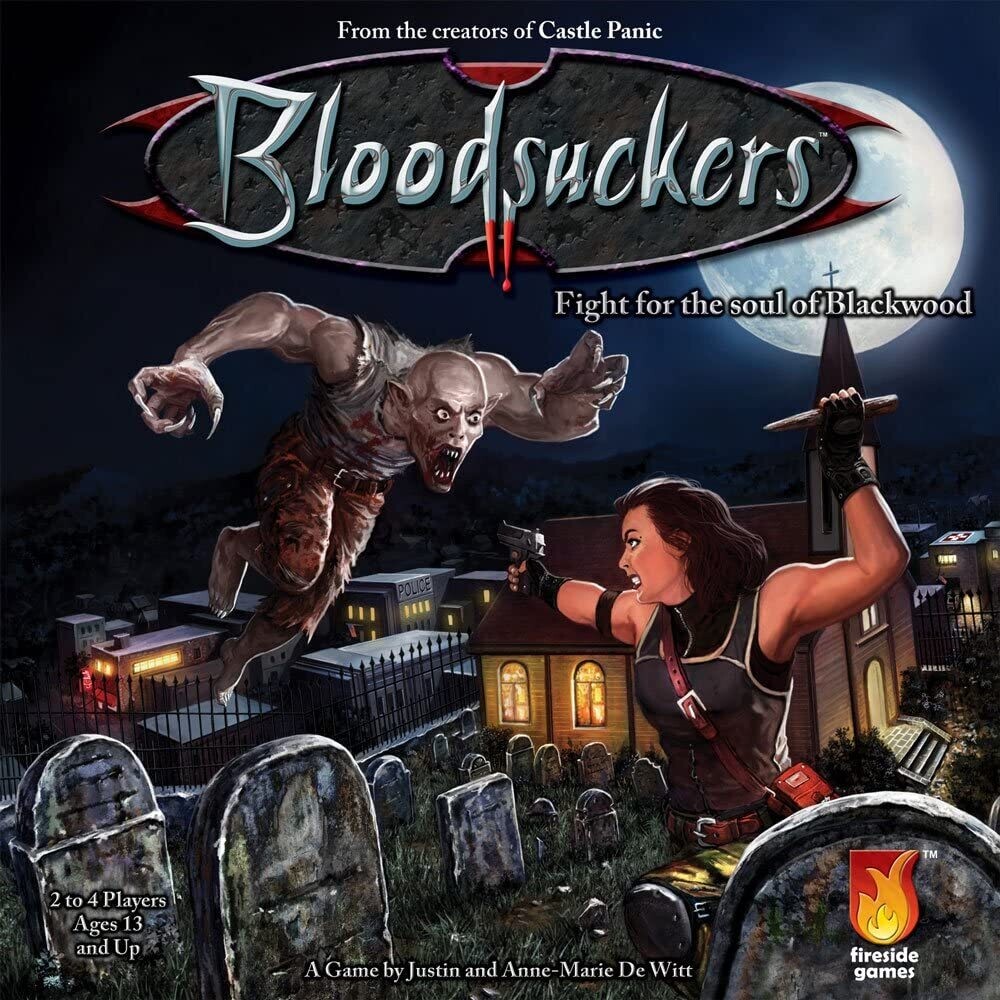 The once quiet small town of Blackwood has become a battleground. A coven of vampires has crept in under the cover of darkness to drain the very life from its helpless citizens. As powerful as these creatures of legend are, they do not prowl the streets unchallenged. A team of skilled vampire hunters with an arsenal of modern weapons has tracked these bloodsuckers down and the battle for the soul of Blackwood is about to begin.

Play as either vampire or hunter, using Attack cards to battle for the citizens of Blackwood, Impact cards to enhance your powers, and deadly Strike cards to destroy your opponent. Unleash powerful combos and use Blood or Adrenaline as you fight, alone or with a teammate, through both night and day. Win battles to recruit the innocent bystanders at the Nightclub, Church, Graveyard, Police Station, and Hospital. Claim the most locations to win control of the town.

Save the town of Blackwood, or drain it dry.

The choice is yours.