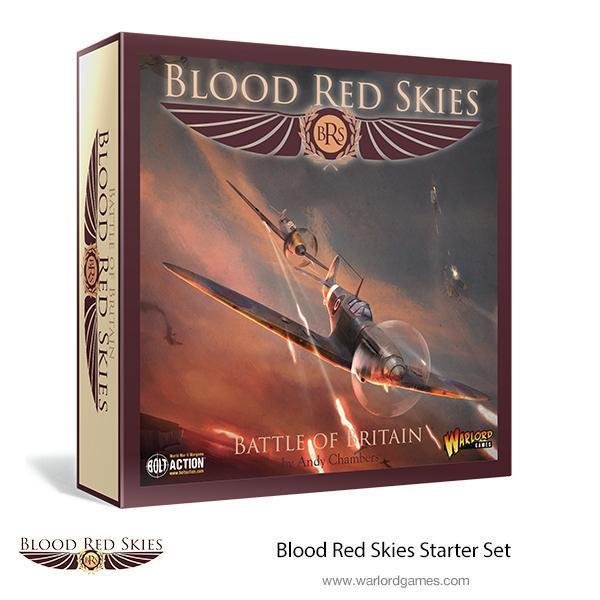 Blood Red Skies is the new World War II mass air combat game from Warlord Games, written by renowned game developer Andy Chambers. Blood Red Skies is a tabletop miniatures game where you command formations of fighter aircraft in battle. Action in the game is fast-paced - with six or more planes per side, a thrilling dogfight can be fought in forty-five minutes or less.

Packed with everything you need to play this fast paced air combat game, the Blood Red Skies starter set does what it says on the tin. Plus once started you'll have the extra rules to introduce the play cards that really bring your fighter aircraft to life, allowing you to fly them just as they would have been by the Ace's of WW2!

Models supplied unassembled and unpainted. This product is snap fit. No glue required.