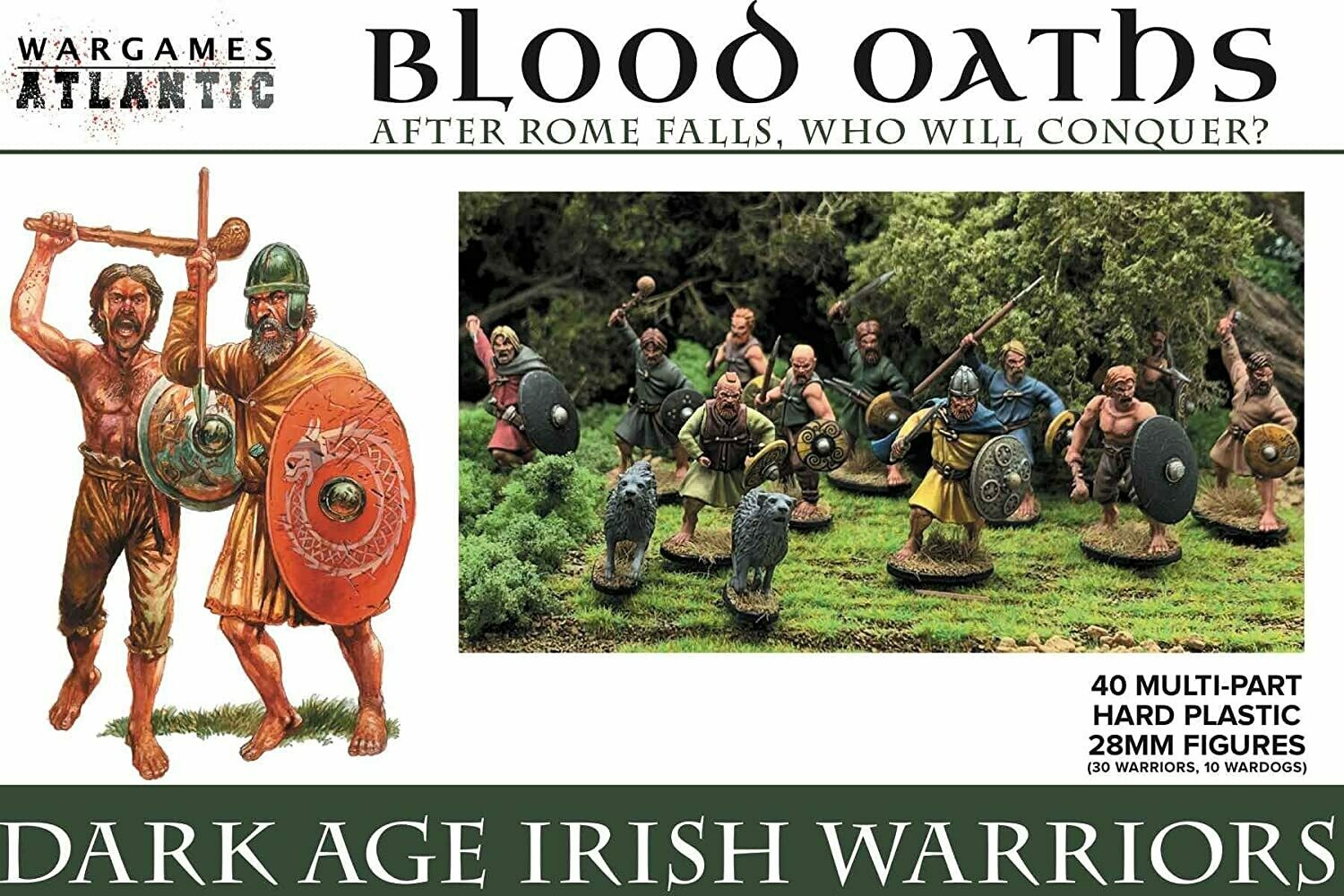 Descendants of the fierce Celtic people, the Irish engaged in constant warfare between tribes on their island and were famous for their raiders who took treasure and slaves from lands across the sea.

Irish dress and weaponry changed little from the fall of Rome through to the Viking era and beyond.

This box set will give you enough parts to outfit thirty 28mm infantry with shields and weapons including spear, sword, sling, axe, and the iconic shillelagh. Also included are 10 Irish wolfhounds and parts to outfit command including musicians and standard bearers.