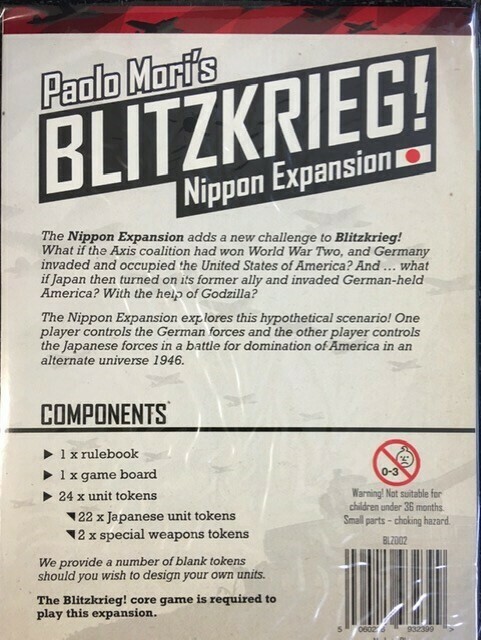 The Nippon Expansion adds a new challenge to Blitzkrieg!

What if the Axis coalition had won WW II and Germany invaded and occupied the USA? And….. what if Japan had turned on its former ally and invaded German-held USA? With the help of Godzilla?