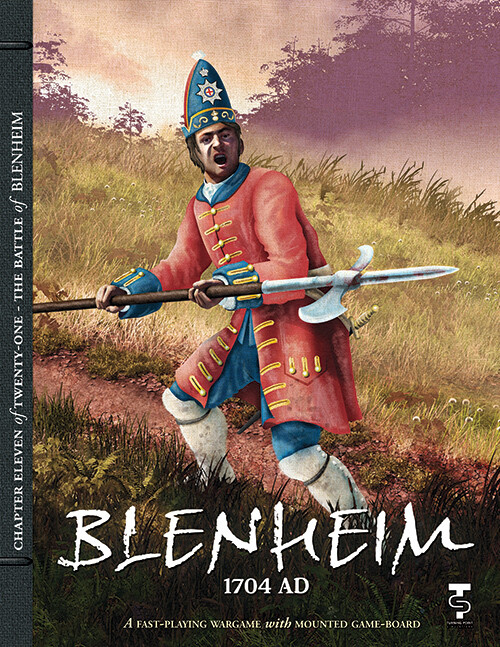 “But ‘twas a famous victory!”

Many wars have been fought to tip or maintain that illusive “balance of power” between nations, while including other objectives. The War of Spanish Succession might be the poster child for “balance” efforts, as demonstrated by the British… who allied with the Hapsburgs to stop a union between France and Spain…then left the war when it looked like the Hapsburgs could win (since Britain also feared a union of Spain and Austria!). With the Spanish throne empty and both French and Austrian contenders, Louis XIV, the “Sun King,” was at his best pulling diplomatic and economic strings and almost “won” with negotiation before the war began, but kept reaching for extra objectives that, collectively, triggered an alliance against him which included much of Europe. Over the course of a 12-year war, there was much coming and going (along with secret negotiations and betrayals). The war included battlefields as far apart as Quebec and the Papal States, from the Netherlands to Hungary, and to various spots all over the German states. Including a small village on the Danube named Blindheim… which the British would garble as “Blenheim.”

Up to that point, things had been going well for the French and their armies looked to capture Vienna and take the Habsburgs out of the equation.

Marlborough changed all that, but only after lying to his Dutch allies and virtually “stealing” the army he marched 250 miles away from the Low Countries he was expected to protect.

After days of marching, countermarching, probes and parrying, the Allies attacked a foe of slightly larger size and in good positions, while the French were expecting them to retreat. Their cavalry was somewhat dispersed and too much of their infantry was in the towns of the area. And, up to that point, the French Army was considered “unbeatable.”

The battle went back and forth, with each side having opportunities for success but seeing confusion and heavy losses confound good plans. Certainly Marlborough and Eugene worked together marvelously well, especially for allies, which may have been the key difference. Tallard and Marsin and the Bavarians had their chances but missed them, needing infantry where they had cavalry and cavalry where they had infantry. When the British attacked the “seam” between the two forces, Marsin’s regiments fell back and Tallard’s collapsed. French losses were heavy, and their army’s aura of invincibility was gone forever.

Though the war would continue for over 10 more years, Blenheim rates as “decisive” because this cost Louis the chance to knock the Habsburgs out of the war early. Instead, it would be his Bavarian allies who would lose out and become vassals to Vienna.

The Battle of Blenheim focuses on the battlefield area itself, with each side having two distinct commands and forces. Players will command the varied forces of each side, with British, Dutch, Austrians, Prussians, Danes, and various German allies on one side and French, Bavarians, and even Irish fighting for Louis. Each unit in the game represents one brigade with each combat strength point around 400 men or 200 horses. One hex on the map equals 400 meters. A turn represents around one hour of action and the game can last up to 7 turns.

In the end, the war would end as countries spun into exhaustion and a number of rulers died from age or sickness, making separate treaties that were finally consolidated under the Treat of Utrecht. France would not dominate the continent and, the most visible effect to us today, Britain still possesses Gibraltar.

Can you, as the Allies, match this great victory and make England a first-rate power? Or will you, as the French, extend the domain of the Sun King and reduce the impact that the Churchill family (Marlborough’s name) would have on English history?

"And everybody praised the Duke

Who this great fight did win."

"But what good came of it at last?"

"Why that I cannot tell," said he,

"But 'twas a famous victory."

--From “The Battle of Blenheim”