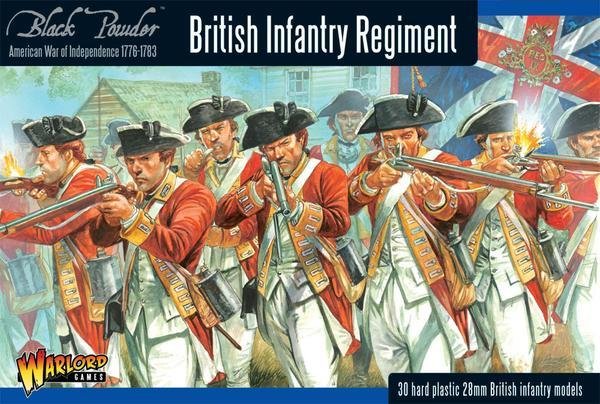 The British Redcoat of the Revolutionary War was part of a small but well-trained army, stretched all over the emerging Empire. Most of England’s gold went into maintaining a giant and hugely effective Royal Navy to dominate the seas.

The infantry quickly learned many lessons in fighting the French Indian wars, and after initial setbacks proved more than capable of taking on and defeating far larger enemy forces. Devastating firepower and a grim determination to close with the bayonet made the Redcoat in America a dangerous foe indeed.

The British quickly adopted a looser fighting order and the reaped the benefits of using Light and Grenadier companies for specialist assault work.

“March on, and God save the King!”