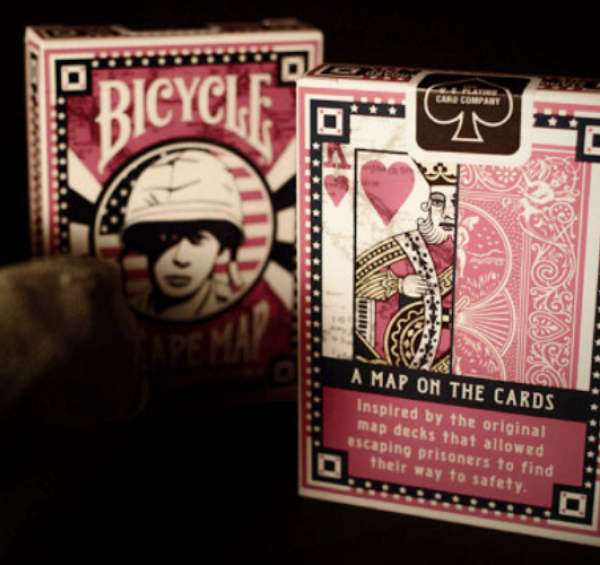 During World War II, The United States Playing Card Company joined forces with American and British intelligence agencies to create a deck to help allied prisoners of war escape from German POW camps. Individual cards in these decks peeled apart when moistened to reveal maps of escape routes. This new Escape Map Deck honors the secret circumstances surrounding the original map decks, as well as any and all prisoners of war. While the cards do not peel apart when moistened, the map is visible on the front of the cards—and creates a complete map when placed in order.

The Bicycle® Escape Map Deck features original artwork on the front and backs of the cards, including the face cards and jokers. These decks were printed in the USA at The United States Playing Card Company and printed on premium stock with a quality finish.