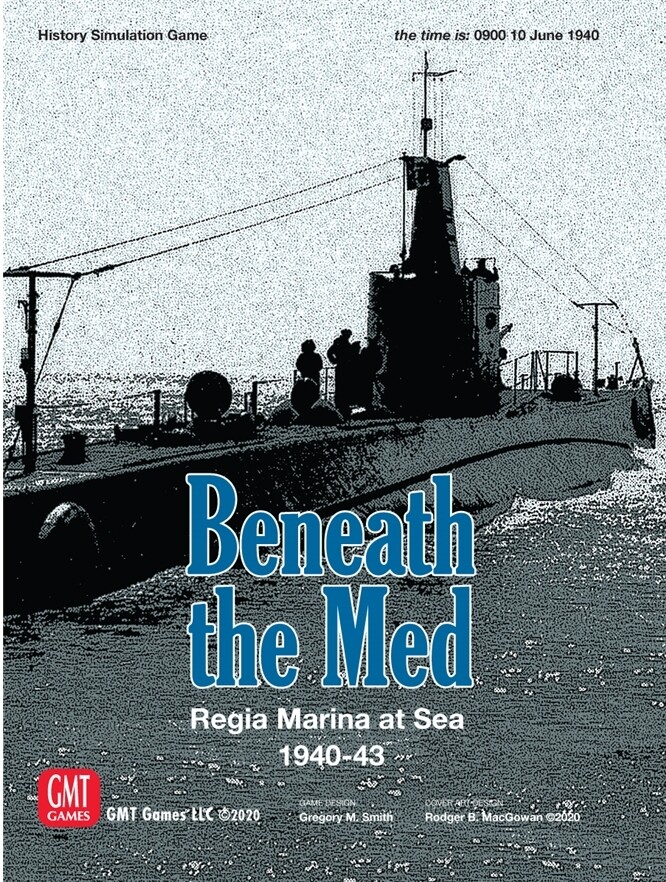 "Whatever character the war may assume in the Mediterranean, the toll of our naval losses will, in the end, be very heavy.”— Admiral Cavagnari, 6 April 1940

Beneath the Med is a solitaire tactical-level game placing you in command of an Italian submarine during WWII. This is the fourth game in the The Hunters series, and covers one of the largest fleets of submarines in the world at the time. You command one of many submarine models available starting in 1940, and look to successfully complete patrols until the armistice in September 1943. Not only is this a standalone game, but fans of The Hunters will enjoy having the capability to complete Italian careers in one of the many interesting classes of Italian submarine.

While your mission is to destroy as much Allied shipping and as many Capital ships as possible, players will find it extremely challenging to survive until the Armistice.

Beneath the Med is purposely designed to deliver a brisk yet intensive gaming experience that forces many decisions upon you as you take command of the major Italian submarine classes. All the major classes are accounted for, with every level of detail, including period of service, armaments, crew make-up, damage capacity, and more. Fans of The Hunters will enjoy the same nail-biting game system, but will be challenged by the thick Allied air cover and the problematic fire control systems of the Italian boats.

Ten Italian submarine classes are profiled and available for you to choose from. Patrol zones reflect the period during the war at sea and will shift as the war progresses. All stages of the U-Boat campaign are represented; difficult missions include mine-laying, commando delivery, and the extremely dangerous harbor penetration missions.

The major Italian classes are are represented and accurately profiled for the patrols you will undertake during the war:

The game delivers an historical narrative as 480 ship targets are uniquely identified (including tonnage) with their historical counterparts that were sunk during the war, including freighters, tankers, and American ships.