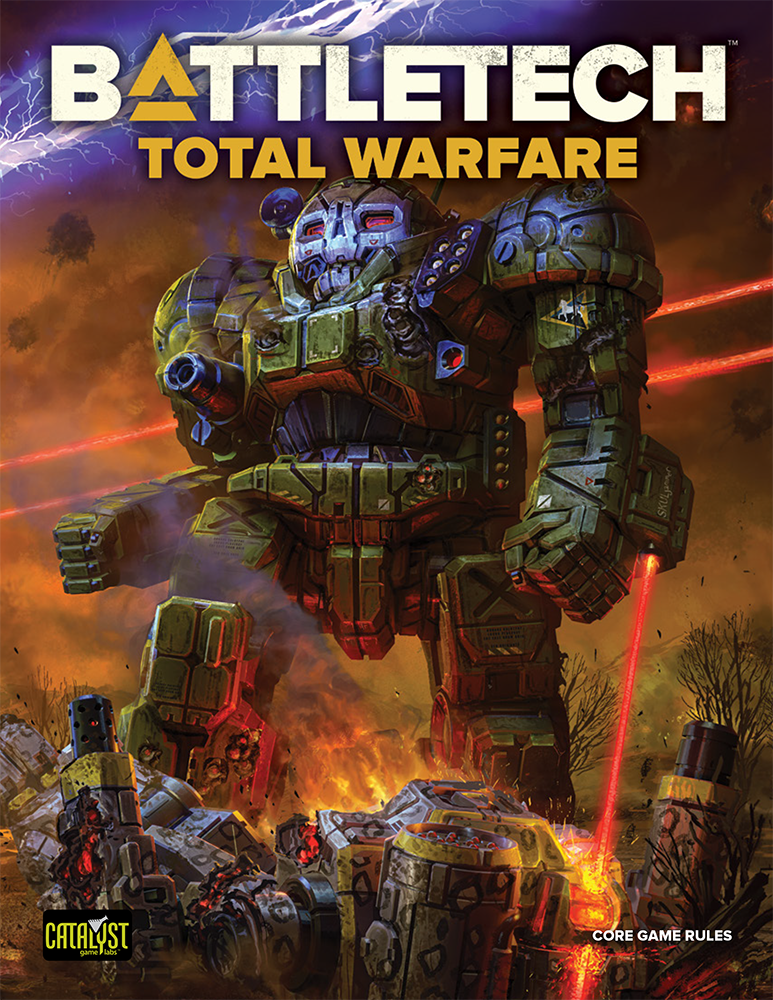 THE FUTURE OF WARFARE!

It is the 31st century, a time of endless wars that rage across human-occupied space. As star empires clash, these epic wars are won and lost by BattleMechs, 30-foot-tall humanoid metal titans bristling with lasers, autocannons and dozens of other lethal weapons; enough firepower to level entire city blocks. Your elite force of MechWarriors drives these juggernauts into battle, proudly holding your faction's flag high, intent on expanding the power and glory of your realm. At their beck and call are the support units of armored vehicles, power armored infantry, aerospace fighters and more, wielded by a MechWarrior's skillful command to aid him in ultimate victory. Will they become legends, or forgotten casualties? Only your skill and luck will determine their fate!

The product of more than twenty years of gaming experience, Total Warfare presents the rules of the BattleTech game system as never before. For the first time, all the rules for various units that have a direct impact on the deadly battlefields of the thirty-first century appear in a unified rules set: from BattleMechs to ProtoMechs, Combat Vehicles to Support Vehicles, infantry to aerospace fighters and DropShips. Interwoven and meticulously updated, Total Warfare provides the most detailed and comprehensive rules set published to date for BattleTech--the perfect companion for standard tournament play.

Total Warfare is the single-source rulebook for people who play BattleTech. It is not intended to teach new players the game, but rather to serve as a reference work for people who know the game, while introducing more technologies and expansive rules than appear in the basic box set. The introductory game in the BattleTech line is the Battletch: Beginner Box, Battletech: A Game of Armored Combat. New players should pick up that product before diving into this one. Construction rules for the various units presented in Total Warfare can be found in BattleTech TechManual.