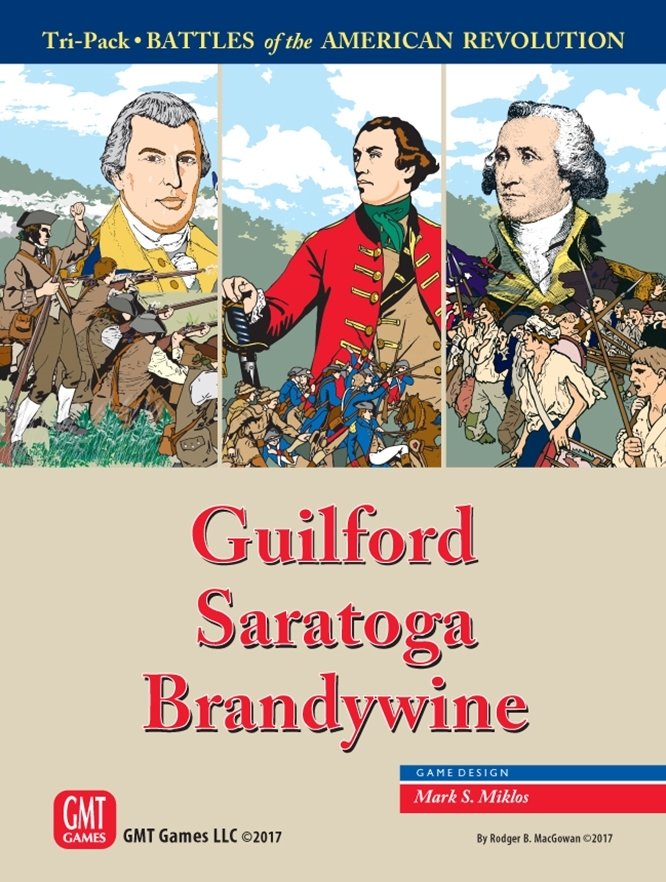 Battles of the American Revolution Tri-Pack: Guilford, Saratoga, and Brandywine

This all-in-one boxed package is composed of new editions of the flagship game in the series -Saratoga, the long-out-of-print Brandywine, and Guilford/Eutaw Springs. Below is more detail on exactly what you’ll find in the package. As you’ll note, there are considerable additions and changes from the original games, as designer Mark Miklos has endeavored to create and update the finest version of these games produced to date. Plus, the package includes double-sided mounted maps for all four battles!

We will include all the replacement counters that have been provided over the years, plus new Momentum counters and “Rally on Me” (see description under “Brandywine,” below) counters for the series.

This battle will include a new historical scenario featuring the fighting around Freeman’s Farm.

The Brandywine rules have been split into a Series Rule Book and an Exclusive Rule Book. A couple of key updates here: