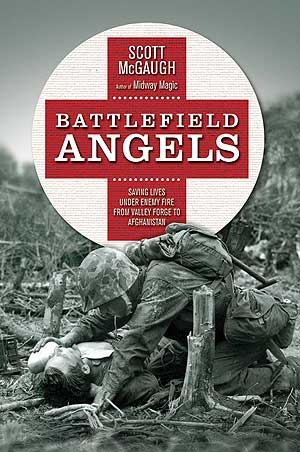 Author, journalist, and USS Midway Museum spokesman Scott McGaugh reveals the riveting stories of the men and women who save lives on the front lines in Battlefield Angels, the first book about battlefield medicine in the US military. Told from the point of view of the unsung heroes who slide into bomb craters and climb into blazing ships, this unique look at medicine in the trenches traces the history of the military medical corps and the contributions it has made to America’s health, for example, how the military medical corps pioneered the ambulance concept, emergency medevac helicopters, hospital designs, and contagious disease prevention. McGaugh also details how the military medical corps has adopted medical science discoveries, field tested them in battle, adapted them, and proved their value.