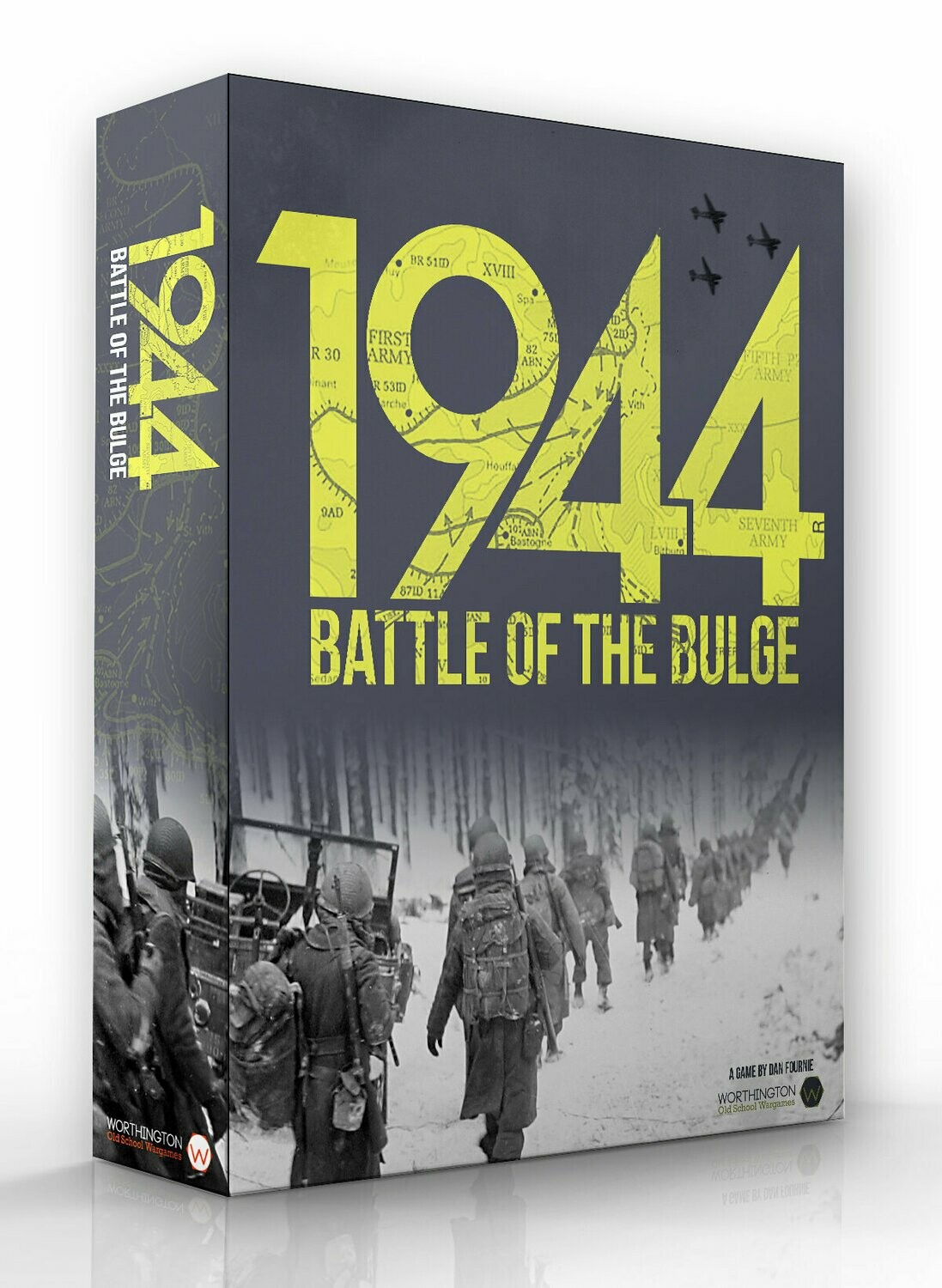 One of the greatest battles in World War II history is finally coming to Worthington Publishing.Designed by Dan Fournie, and using concepts from Worthington's Holdfast Series, this fast playing Bulge game will give you hours of game play.With fewer than 50 counters per side, and 8 pages of rules, you'll be up and playing in 15 minutes, and finishing games in 2 hours or less.

Each side gets a set number of resource points to move and have combat, each move or combat costing a resource point.But you can do these in any order, so attack with an adjacent unit, create a hole, and then race through with another unit, which can then attack!Then move the initial unit that attacked to create the hole...the decisions are yours!

Much like in DUNKIRK 1944 we have included optional German Objective Cards.The German player secretly picks one prior to play, the Allied player does not know the true German objective until the game end creating tension right up to the last die roll.

Air power, leaders, variable weather and optional rules for hiding the strength of units with fog of war counters are included.