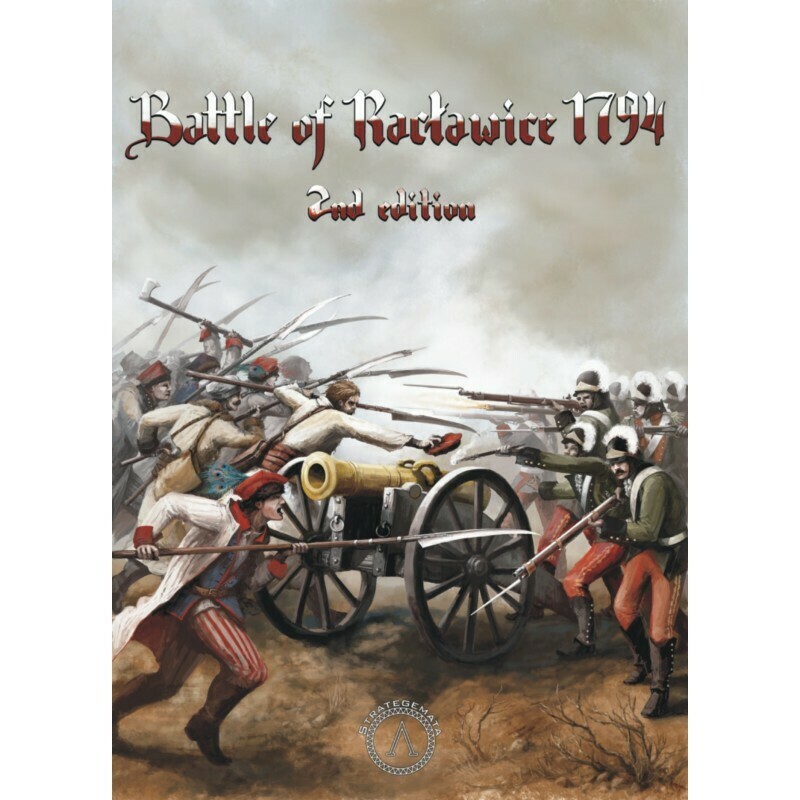 This game depicts the most important battle of Kosciuszko’s Uprising. Polish victory spread patriotic enthusiasm on the whole Commonwealth. If Russian army had won the battle, the uprising would have suppressed at the beginning.

The game mechanic is based on random activation of formations. Thanks to that, neither player is sure, if they plans will be successful. More, drawing determines order of firefights, so tactical situation can be affected as well.

The scale of the game:

Players should feel like commanders of the armies, but have to solve tactical issues as well. For example: moment of cavalry charge or maneuver on enemy’s flank to gain advantage during bayonet attack.

This is second edition of the game. Minor changes have been made on map and composition of participating units. The rules have been unified with other games showing battles of Kosciuszko’s Uprising – “Szczekociny 1794” and “Maciejowice 1794”.

We consider the rules not complicated. We recommend this game for persons who did not play board wargames earlier. This can be great beginning with this hobby. Experienced players can be happy as well, because initial setup gives equal chances for final triumph to both armies.