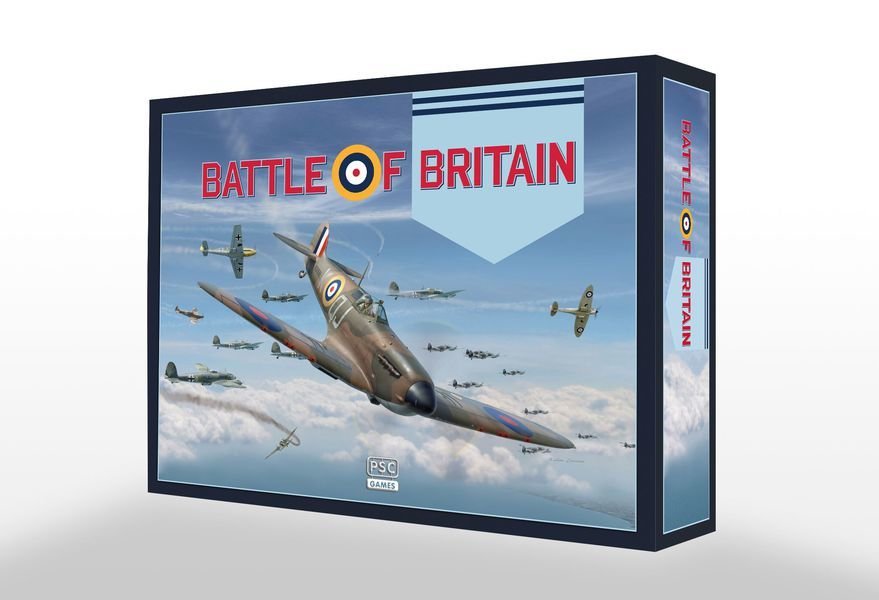 PSC Games are proud to bring you a re-mastered and upgraded version of Richard Borg’s much loved old TSR classic, The Battle of Britain.

Summer 1940, France has fallen and Europe cowers under the jackboot of German military might. Only Great Britain stands alone and defiant – the Battle of Britain commences in the skies over this embattled island. Take command of RAF Fighter Command, marshalling your too few fighter squadrons to protect your homeland’s cities, industrial resources, airfields and vital radar chain.

Take command of the battle hardened Luftwaffe and use your bomber squadrons, protected by your fighter squadrons, to complete a number of specific bombing missions to destroy the RAF and bring Britain to her knees.

Can you change the course of history?