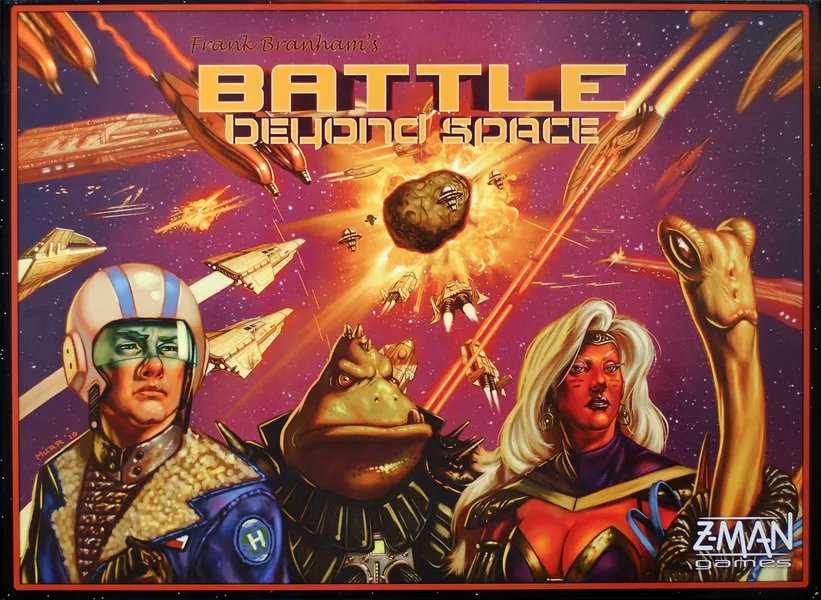 Far beyond the bounds of the Solar System, a signal is launched that penetrates warp space. The signal is old—the only known working piece of technology from an ancient race.

Four different fleets answer the siren’s call, intent on claiming the Artifact for themselves at all costs. The destination: a lone asteroid ringed by failed ancient satellites in the middle of a lifeless asteroid field.

Battle Beyond Space is a massive, multi-player free-for-all space battle with 60 to 80 ships slugging it out IN SPACE.

The combat system is diceless and extremely deadly. On a turn, you choose one of your three squadrons, move and fire with it, then get to move one of your two capital ships.

The big difference between the players is the super-secret alien power of technology which they can spring on another player at any time. Some are one-use, amazingly powerful items (aka Death Blossom), some are more subtle, long-term effects.