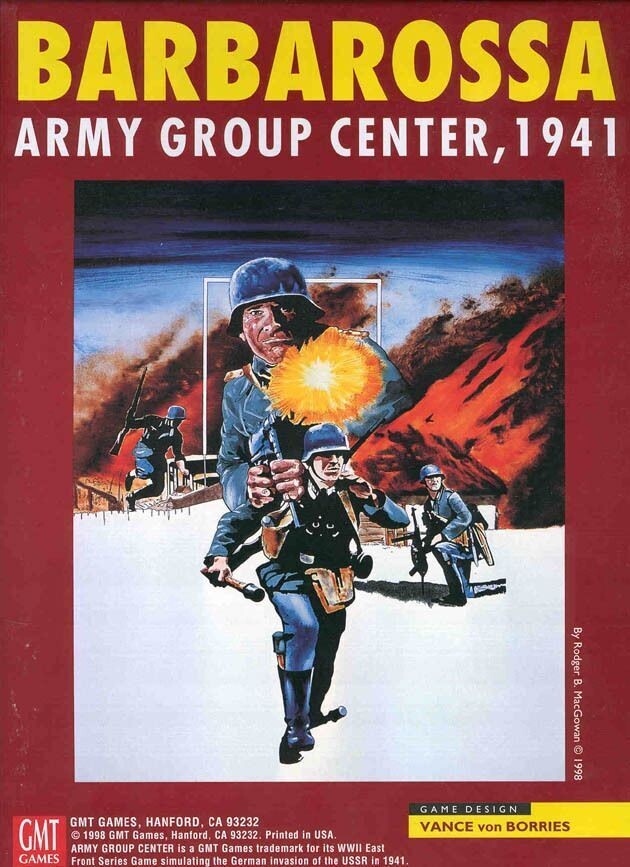 GMT has rewritten all first edition game rules for clarity and simplification and then reorganized it for readability. Some old rules details were dropped, others added. GMT then thoroughly reviewed the orders of battle in light of considerable information that has come to light in the years since the first edition was published. Likewise, the charts and tables have benefitted from some small adjustments. Overall, the whole game system is greatly improved for your enjoyment.

June 1941 -- Army Group Center hurls itself through the Soviet border defenses, and its two Panzer groups race headlong toward Minsk. Behind them lie the remnants of the Soviet Western Front -- almost a million men in four armies. The Soviets are stunned by the German Blitzkrieg. Their responses are slow, confused, and governed by pre-war contingency plans made obsolete by the speed of the German advance. In little more than a week, the German panzer spearheads meet east of Minsk. Though isolated units continue to fight, the entire Soviet Western Front has ceased to exist!

The Germans' next target is Smolensk, but the Soviets resist more effectively. Entire armies are dispatched from other parts of the Soviet Union as the true scope of the Minsk pocket disaster and the magnitude of the German threat become known. Soviet counterattacks, especially around Lepel, are thrown back with horrific losses. Once again the Panzer Groups charge eastward, creating yet another huge Soviet pocket west of Smolensk. The Soviets resist savagely. Smolensk falls on July 13th, but the pocket does not close. Many Soviet units escape to fight another day.

Hitler now makes a fateful decision and overrides his generals. Over half of Army Group Center's armored and air formations are diverted south to take Kiev or north to isolate Leningrad. No longer under heavy pressure, the Soviets gain time to form solid fronts around Vyazma and Bryansk. Did Hitler's decision cost the Germans the war? Play Barbarossa: Army Group Center and find out for yourself.