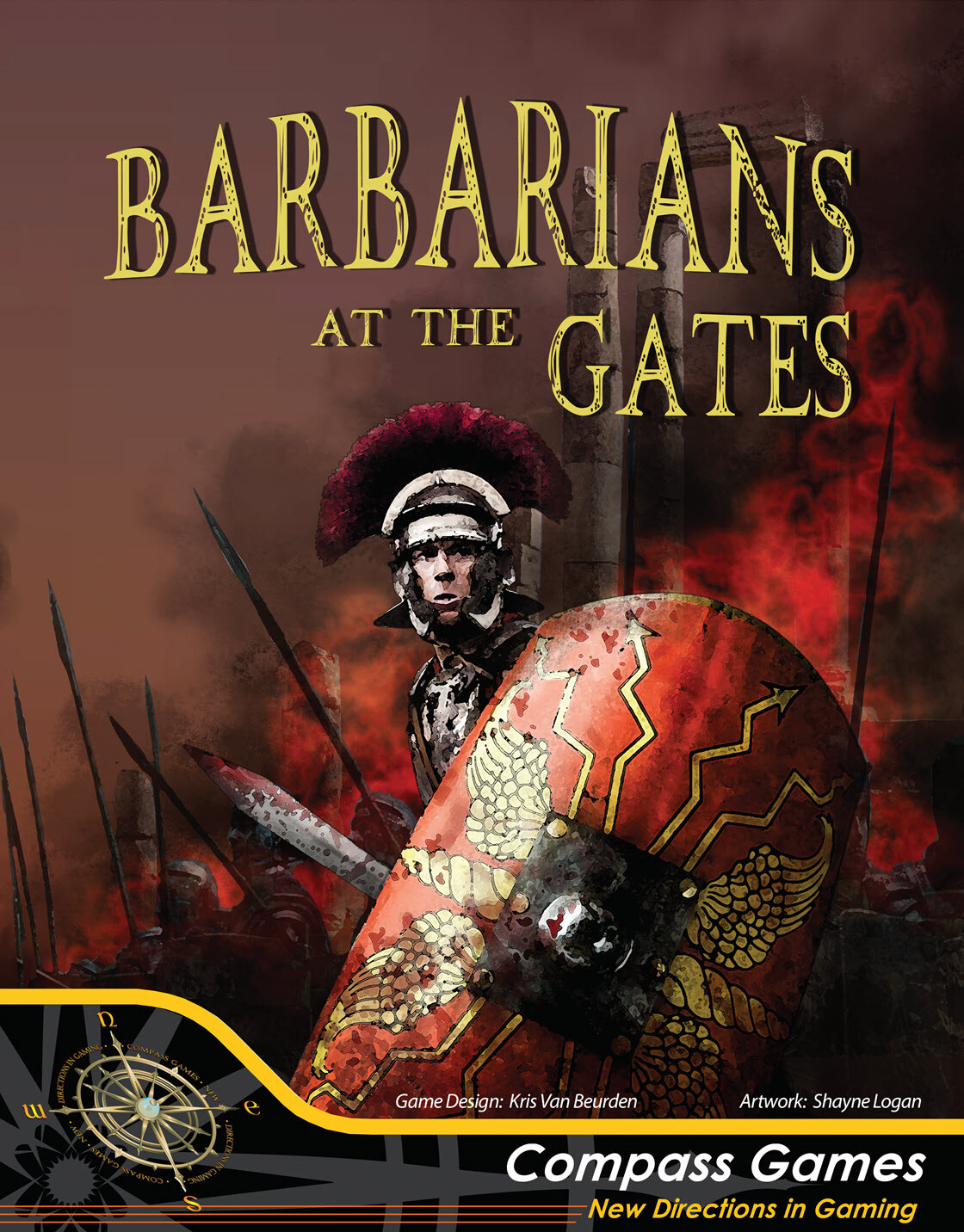 Barbarians at the Gates

Barbarians at the Gates, The Decline and Fall of the Western Roman Empire 337 – 476, is a card-driven game by game designer, Kris van Beurden (whose credits include Europe in Turmoil) for two players set during the final century of the Western Roman Empire. The Roman player commands the Roman legions loyal to the failing central authority and those Germanic peoples who have settled peacefully inside the Roman Empire, while the Barbarian player leads Usurper Emperors, and controls the migrations of the savage Germanic peoples, who are the Barbarians at the Gates.

The game is played on a point-to-point map of the Western Roman Empire, divided into 11 diocese (administrative districts) such as Gallia Belgica, Caledonia or Italia Suburbicaria, each composed of spaces such as Roma, Massilia or Nova Carthago. These spaces are connected to each other through the network of Roman roads, rougher connections (mostly in uncivilized territory) or river connections (mostly the Donau and the Rhine).

Players take turns playing cards in order to activate Generals (Loyalist Roman generals such as Aetius, Usurper-Emperors like Magnentius and Barbarian leaders such as Atilla or Alaric) for movement and/or sieges, bring new Barbarian invasions into play, recruit new Legions, lead barbarian bands raid across the border into the Roman interior, settle formerly hostile tribes on Roman soil, or even successfully usurp the Imperial Throne from its previous occupant! As leaders move, they will encounter enemy armies and battle, earning eternal glory or an unrecognized grave. Barbarian tribes will probe the fortified border for weaknesses, while the outnumbered Legions have to use interior lines (and the excellent Roman road network) to face each threat to the unfortified Italian, Iberian and Gallic diocese.

From the days of Valentinian I and the first Vandal and Frankish migrations through Theodosius I and the Gothic invasions to Attila and the Huns, Barbarians at the Gates will allow players to vie for the future of Western Europe. Will enough of Roman civilization remain to eventually spark a Renaissance, or will Europe remain forever in the Dark Ages?

Will this series of events play-out according to the history?

Find out in Barbarians at the Gates!