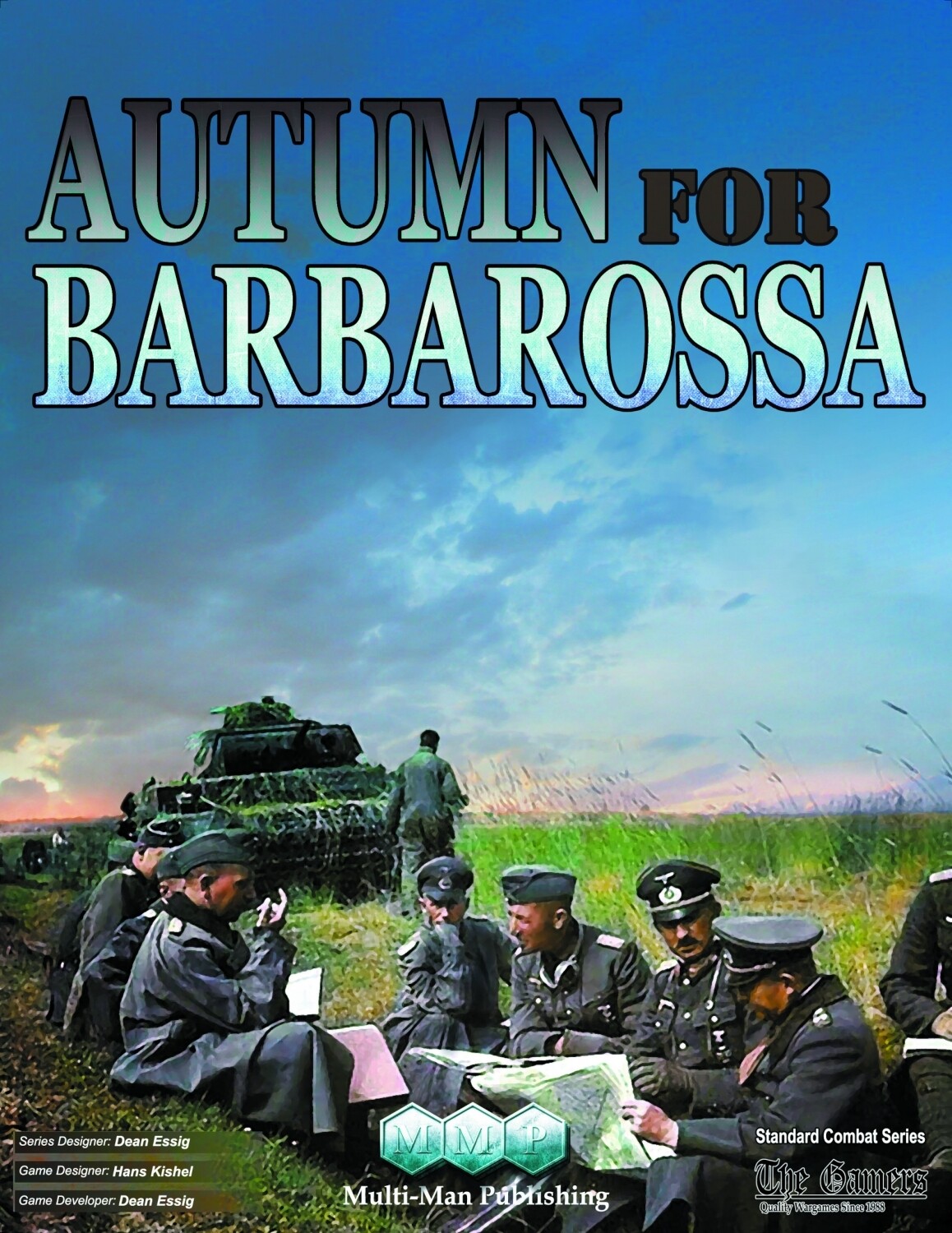 Autumn For Barbarossa (AfB) is a Standard Combat Series (SCS) game originally published in Special Ops magazine #7 (2017), covering the struggle to seize Smolensk in the late summer of 1941 marking the end of the initial period of Operation BARBAROSSA and the front’s stabilization until the last effort to take Moscow in Operation TYPHOON that fall.

This re-issue is the same as the original edition, except that the counters have been enlarged to 5/8" for easier handling (and the map expanded to fit them) and known errata has been fixed.

Play begins with the German offensive in full bloom. The German player attempts to rapidly seize as much of the map (in the form of Victory Point locations) as he can. Speed is essential; while he has several cities to reduce, he knows the clock is ticking before Hitler pulls the plug on his efforts. The commanders did not realize this was in the cards, but for design purposes we assume the player feels the pistol pointed at his head. The Germans have copious air and mechanized forces to accomplish their goals...for the moment. At some point determined by the "Hitler Roll," the German mechanized forces are taken off the map and air support cut in half.

The Soviet player stalls, withdraws, and conserves his forces while letting the German offensive expend itself. As the high tide passes, he prepares his rebuilt Red Army for the second half of the game: The Soviet effort to force back the German and recoup their losses as best they can.

** This is not a boxed game.
Save this product for later
Display prices in: USD
1-513-201-7672
mrb.rockinbgames@gmail.com
www.shop.rockinbgames.com